Noah already talked about the more likely scenarios. Now let's talk about some of the long shots.

Share All sharing options for: More on potential September callups

Over the weekend Noah identified some potential September call ups. He did a fine job and I just want to expand on his work because there's something I noticed that's had me wondering about a few players. Before that, there is one thing Noah didn't mention that I think is very relevant.

About the only thing really standing in the way of a player getting called up is that AAA Nashville is currently tied for the lead in their division. Interestingly enough, they're tied with St. Louis' AAA affiliate. If Nashville ends up making the playoffs, they'll play as many as 10 games before it's all over. As far as I can tell, the exact dates aren't chosen yet, but last year they took place between September 4-17. You can read about the playoff procedures here.

The Brewers would be hesitant to simply gut the team if they're in the playoffs. The Sounds are getting a new stadium that is supposed to open next year and the Brewers developmental contract with the team is only through this year. In an effort to continue their relationship, the Brewers promised to put an emphasis on winning this year. It wouldn't outright stop them from calling someone up, but it could postpone the arrival of some. 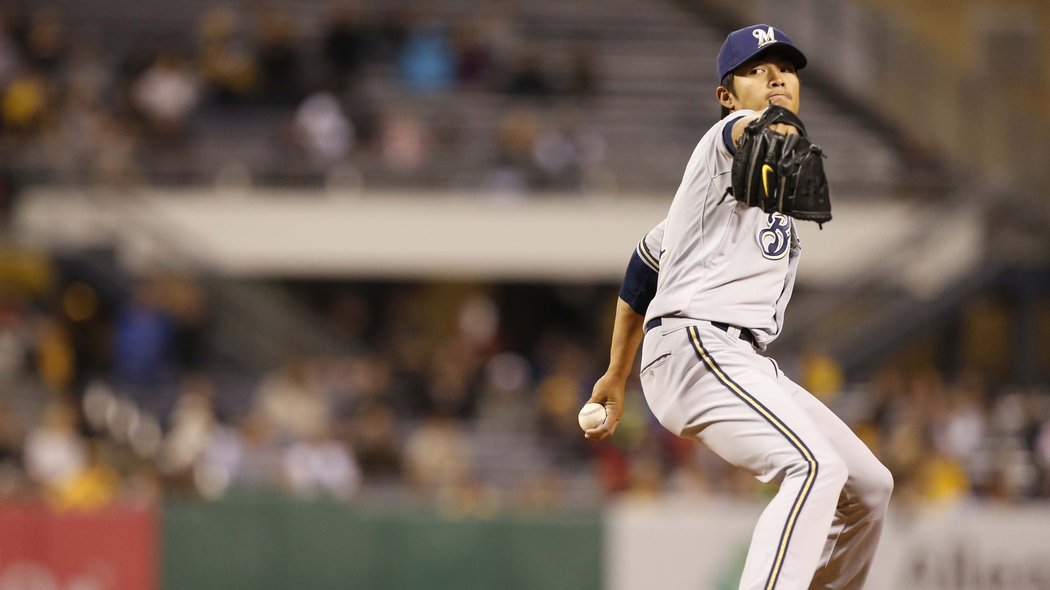 We are nearly a week away from roster expansion. Who could help the Brewers in the final month of the season?

Anyway, back to that thing I noticed. The current 40-man roster is at 39. In early August the Brewers DFA'd Irving Falu who then accepted assignment to Nashville. This could have been a move in anticipation of a potential waiver trade. That remains a possibility, though time is running out and it now seems rather unlikely. However, even if the Brewers do acquire another player through a waiver deal, there remains the possibility they could put Jeff Bianchi on the 60-Day DL which would open another spot on the 40-man roster. My point is, if the Brewers decide they want to callup someone in September that isn't already on the 40-man roster, there shouldn't be anything stopping them. With that in mind, here are some potential call-ups not already on the 40-man roster.

Matt Clark was signed mid-season to take the place of injured first baseman Hunter Morris. It was a smart move for a team trying to win minor league games. After a slow start he's absolutely killed it in AAA. In 181 plate appearances as a member of the Nashville sounds he's slashed 333/392/624 with 13 home runs. That's impressive. It's also a head scratcher because this isn't the first time he's raked. In fact, he's hit pretty much everywhere he's been, but he's never been called up to the majors.

Because he never seemed to be a highly ranked prospect, it's hard to find any information on him at all. It's possible he is just a terrible defender and that's why he was never called up. Maybe he can only hit fastballs? Who knows? If the Brewers were to call him up, it would almost certainly be for pinch hit opportunities. Though if he's not an albatross in the field I wouldn't rule out a start here and there, especially if they've locked up the division with games to spare. They surely could use a LHH 1B for next year and he would be a cheap option.

Odds: Through complex computations based on real information and not something I'm totally just making up I put the odds at 60/40 in favor of. Matt Clark isn't a prospect they have to worry about burning an option on. So far he's been a journeyman minor leaguer. He fits a hole the Brewers have for their current and future teams and if he can become a real major league caliber player he'd be super cheap for years. Assuming they have room on the 40-man, I'd be a little surprised if he didn't get a call up. The only thing holding me back from giving him, and anyone else not already on the 40-man roster, better odds is the chance the Brewers make a waiver deal. If they do that, there's no guarantee they place Bianchi on the 60-Day DL to make room for this type of roster move.

The Brewers picked Gomez up on waivers in 2012. Once upon a time Gomez was a highly thought of shortstop prospect in the Rockies organization. Injuries derailed his career and an inability to improve his bat sent him to waivers. He's reportedly always been a good defender. Since arriving in the Brewers organization he's been relatively healthy and he's even swung the bat this year (280/321/486, 13 HR). That's not bad at all for a shortstop and it's the first time he's reached the AAA level. At 26 it's still possible he has yet to reach his true potential. He wouldn't be the first player whose early career was marred by injury only to turn things around given the chance.

This year the Brewers came into the season with Jeff Bianchi as their utility infielder. It's very likely they'll go into next season with Elian Herrera in that role. Neither of those guys is safe though and if the Brewers are worried about Jean Segura, then a guy like Gomez would be good insurance. They'll have to put him on their 40-man roster if they want to keep him around.

Odds: 20/80 against. Those odds would be a lot better but he was recently placed on the minor league 7-Day DL for an undisclosed injury. He left a game on August 19th with a leg issue. I don't know what it was, but it's seems unlikely he'll return before the AAA season is over. I wouldn't be surprised to see the Brewers add him to the 40-man roster in the offseason though.

Weisenburger is more org filler/non-prospect than anything. However, he did have a bit of an offensive breakthrough last year. The Brewers even sent him to the AFL, though that doesn't necessarily mean anything. He continued hitting well this year, but his power numbers are almost non-existent.

A couple of years ago the Brewers signed Yorvit Torrealba. He didn't make any starts for the Brewers and hardly played the position at all. He basically just allowed Ron Roenicke to use Lucroy and Maldonado as pinch hitters more freely, knowing he still had a catcher around if something bad happened. This would almost certainly be the role Weisenburger would play if he got called up.

Odds: 10/90 against. The Brewers don't really have a need for Weisenburger now or next year so he'd just be wasting a spot on the 40-man roster. They'd risk losing him if they tried to push him through waivers by DFA'ing him. In a system as bereft of catchers as the Brewers system is, it just seems like an unnecessary and unwise risk, even if he's just org filler.

Goforth is in his second year at AA, this time around he's their closer. He's performed reasonably well there, though actually a tick less effective than his first time around. Scouts like his pitch mix which includes a 96 mph fastball. Bernie Pleskoff recently wrote he thinks Goforth has the tools to be a closer. I can't find it now, but after his stint in the AFL last year, in one of his chats Keith Law commended Goforth's stuff and said he'd be a nasty reliever in the MLB someday.

One area the Brewers could really use some help is in their bullpen. Goforth might not be ready for a full season in the majors quite yet, but perhaps he can handle 10-15 innings. It could help him that no major league club has seen him. The jump from AA to MLB is no small task, but it's a lot easier for relievers and not all together uncommon.

Odds: 5/95 against. The main reason I doubt they'd call him up is that it might be more valuable to not burn one of his options for 10-15 innings of use.

The legend of Tim Dillard continues. I always liked Dillard, though I'm not really sure why. He was never that effective in his stints with the Brewers. He's actually pitched quite well for Huntsville, but that he's pitching in AA probably says more about his not being good than anything else. He was recently promoted to AAA, but that was only to take place of the injured Ariel Pena (who by the way I thought would be a September call up for sure before going on the DL with a sore elbow).

The Brewers need help in their bullpen and they don't have to worry about losing Dillard on waivers after the season when they DFA him and they wouldn't be hurting Nashville's playoff roster.

Odds: 100%. Of course they're going to call him up. Only they'll wait until the final 3 games of the season against the Cubs just so they can have him do his Harry Caray impressions on TV.