Romanticizing the Unromantic: Appreciate baseball - any baseball - while it's still happening

The game of baseball is fascinating and endearing. But it does not last forever, which is why you ought not tune it out before it is too late to go back.

Share All sharing options for: Romanticizing the Unromantic: Appreciate baseball - any baseball - while it's still happening

The Brewers have stunk. I do not begrudge anyone who has become ornery or temporarily shut down their fandom for sanity's sake. But I will still make an effort to talk you off the ledge, because I shut it down before the end of last season and I spent a winter regretting it despite the fact that the Brewers were virtually irrelevant.

I recall a scene in the latest Batman film where Bane explains to Batman why he had not killed him despite having a perfect opportunity and no particularly logical reason to not do it. Bane, in short, wants Batman to feel as poorly as possible, and as is the case with the applicable story trope, Bane regards death as not the poorest option. True despair is; and in theory, it is avoided with the release of death. One can only truly despair if there is an infinitesimal shred of hope poisoning the living soul's knowledge that, in all reasonability, there is no hope.

This is, of course, melodramatic and overthought nonsense. Death is clearly worse. Why? Because you are dead. It is better to have hoped and lost than to never have been alive at all. In fact, it is better to have done or felt anything rather than be dead.

In this extremely loose analogy, hope is whatever chance remains that the Brewers claim the division title or a spot in the wild card game. Interpreting death is more subjective; some may consider official mathematical elimination from the playoffs to be death - others, like me, consider death to simply mean the end of baseball games.

Baseball death is the death of a phoenix. Every November thirty teams pass by fire and burn to ash – some literally, some figuratively - and rebirth in late February to blossom and flourish in summer months. At the moment, the Brewers' wing is clipped, its beak chipped, its right big talon has gone numb, and its feathers wither. Though its expression droops, life remains in its eyes in spite of its inevitable fate. 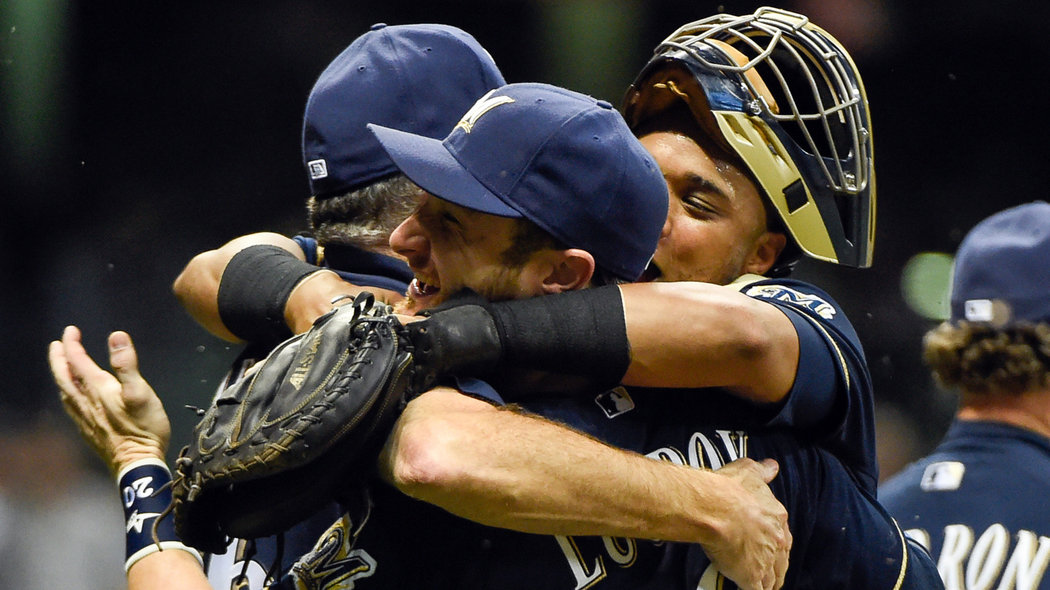 Sometimes you just have to believe there is a chance things will go well, even when it looks darkest.

A fan is a mirror of its pet phoenix. I know that when this phoenix's time has come, it doesn't mean the end. I know it will be reborn. But it is like having a pet that dies every October. If you befriend it every year, you must cope with the pain of its loss and the resulting grief of its absence until another replaces it. Though there is joy in embracing a new friend, the memory of your former ally is not easily forgotten.

Though I am a fan of baseball, I have grown attached to this group of Brewers as any fan might. Its ups, its downs, its gimmicks and idiosyncrasies. It will be a shame when they hang up the cleats, regardless of when they do. I watch the Brewers in particular because of geography, but what I'm really watching is baseball. I love baseball. Most of you wouldn't have stuck it through the ridiculous rhetoric this far if you didn't love baseball; its staggering variables, its traditions, its relative randomness, and perhaps most, its characters. Winning is nice, but it is the special unscripted, spontaneous moments that keep us coming back.

Take this, for example: On Wednesday night Francisco Rodriguez was looking to redeem himself after an awful outing on Tuesday in which he allowed back-to-back game-clinching home runs to Casey McGehee and Marcell Ozuna. He got two quick flyouts, but allowed a 2-out single to Adeiny Hechavarria. In a two-strike count, Lucroy gestured very emphatically to Rodriguez to get the breaking ball in the dirt. Don't hang it. K-rod hung it. Watch Lucroy's reaction to the contact:

Look, I don't know exactly what was running through Lucroy's head in that instant reaction. It could very well have been a case of the line drive being blocked by the batter and a resulting trained reaction to think popup, look up. But Lucroy's eyes are guessing. Guessing based on what they believe to be the ball's most probable trajectory. To me, this looks like Jesus Christ I told you to get it down now look what happened that thing is probably going 700 feet.

This one little moment will be one of my several lasting memories from the season, and even if the Brewers had collapsed and lost I wouldn't feel any differently. It is a wonderful snapshot of a series of colliding forces culminating in a brilliant moment of honesty and comedy that other forms of entertainment rarely manage to capture.

Every winter I count the days until pitchers and catchers report. I count because I miss the feeling I get in the summer when the sun starts to descend westward and I remember there is a game tonight. A game featuring dozens upon dozens of unique, independent battles of will between pitcher and hitter. Incredible individual talents pushed to their limits by their peers. Even the bad ones are likely better at it than I am at anything I will ever do in my life. Scenarios so unlikely they often border on unprecedented.

As I'm typing this, I am witnessing one strikeout in which two different batters swung and missed at a pitch despite being hit by them. Unreal. You can't make it up.

There are so many reasons to stick with the struggling Brewers, even from the narrow perspective of a frustrated Brewers fan. This could be the final season for Rickie Weeks and Yovani Gallardo as Brewers. Whatever you think of them as they are now, they will go down as two of the better Brewers players in the team's history. We are likely witnessing the prime years of Carlos Gomez and Jonathan Lucroy. Aramis Ramirez could be a Hall of Famer. Jeremy Jeffress and Zach Duke are dramatically reversing their disappointing careers. Mike Fiers, Khris Davis, Scooter Gennett, and Martin Maldonado are all non-prospects completely outperforming expectations. Who knows - maybe Matt Clark is about to join that list. Reasons to watch, yes - but how about listening? Is there anything more entertaining than listen to Bob Uecker talk for three hours a night? For how many more years will we be so fortunate?

And, of course, they are still chasing a playoff spot.

But perhaps the most important reason to watch is the most practical; today, I'm watching baseball - in a few weeks, I'll be searching youtube or Netflix in vain searching to fill the void. On Sundays I will watch football and I will sporadically tune in to a basketball game during the week. While those sports certainly have their merits, they do not engage me quite like baseball.

I'm not expecting to inspire a renewed sense of optimism, but I hope I can convince the disenfranchised through sheer volume of letters, words, and series separated by commas to stick it out and appreciate baseball with all its virtues no matter how the home team fares. Because, as we all well know, it can surprise you. Every night.