Ryan Braun struggled through a 2014 season after hoping rest would help an injured nerve in his thumb. Now, he will finally have surgery in hopes he can become the player he once was again.

At some point in early 2013, Ryan Braun injured his thumb. Up until he was suspended for 65 games, he saw his performance drop while dealing with the injury, which also forced him to the disabled list for the first time in his career. With the suspension, Braun has additional time to rest his hand in hopes that rehab would fix the issue. Surgery was ruled out when the risk was viewed as greater than the reward.

Now, after a relatively pedestrian 2014 season, Braun is having surgery on Thursday. The procedure will deaden the pain receptors in the affected area, which should hopefully allow him to be able to grip a bat properly again, something he has not been able to do the past year. Other options involved removing the nerve, which is a far more risky operation. 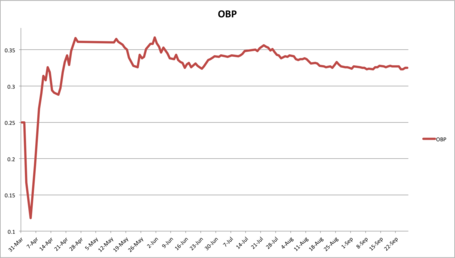 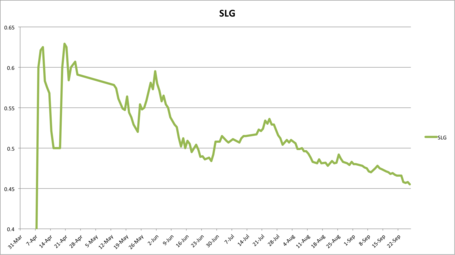 At times during the season, Braun has seemed tentative at the plate rather than dominant as he was during his 2011 MVP campaign. He would seem to often swing at outside pitches as getting jammed on the inside would lead to the pain in his hand flaring up again. Dulling the pain receptors should help with that. Braun has said he has had to change his swing due to the injury, but he expects to be back to his former performance moving forward.

"I feel like if I was anywhere close to healthy, if I'm at 80-90% and do anywhere near what I expect myself, we'd be in a different position as a team. I don't want this to be something that people think I'm using as an excuse. I have not had a good year; I have not played well," Braun told the Journal Sentinel. "I have not done things that I expect of myself and the standard that I've set for playing this game over the first seven years of my career."

Braun also told the Journal Sentinel that he originally had wanted to undergo the surgery while the team was in Los Angeles in mid-August when they were still leading the NL Central. Braun said he thought having the procedure then would allow him to 'finish the season strong', which would indicate recovery and rehab should be quick. Braun also said the following, to give an idea of how the injury was hurting his swing:

"It's not so much that the pain is unbearable or anything like that," Braun said. "The analogy I use is that if you touch a hot stove with your hand, regardless of how badly you want to keep your hand there, your body will automatically react and you'll take your hand off that stove.

"That's essentially what happens with my swing. When the thumb gets bad, as soon as I make contact and it's painful, my body naturally reacts and I'm not able to keep my top hand on the bat. I'm not able to stay over the ball or through the ball and have my regular follow-through on my swing. So, it impacts everything I'm trying to do offensively.

"When you can't use your top hand as a baseball player, it drastically alters everything that you do. I've tried to adjust; I've tried to find a way to deal with it the best I could. At times, I've been OK. But, for the most part, it's been really difficult, really challenging and very frustrating."

After a disappointing finish to the 2014 season, the Brewers will need a healthy Braun if they hope to compete in further seasons. Had Braun played to his previous levels, Milwaukee could very well have won the division. Even with Braun struggling, they led for 150 days.

Braun is currently signed through 2020, during which time he is owed $103 million. There is also a $15 million mutual option for the 2021 season.

Though the team and Braun himself had been hoping to avoid surgery, ultimately the potential benefit outweighs the risk involved. This will be the first time this procedure has been performed on a baseball player, but anything that can help Braun hit like he used to has to be looked at as a huge plus. We should know more about the surgery shortly after Thursday.