The Brewers have announced their full slate of 2015 games. The team will open the year at home against the Rockies.

The Brewers have released their full slate of 2015 games today because if they're going to keep losing this year we may as well look forward to what they have next season. WTMJ has the schedule for you, but for non-slide convenience, here you go: 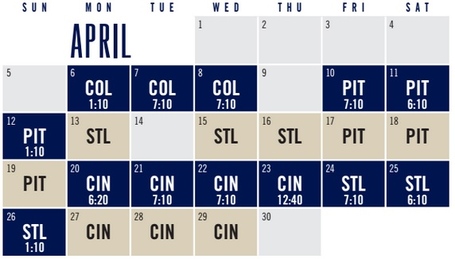 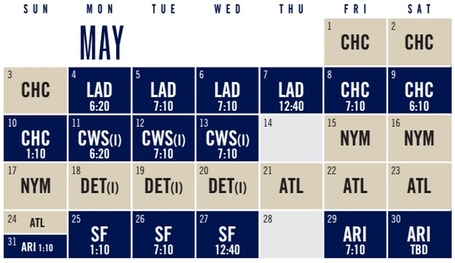 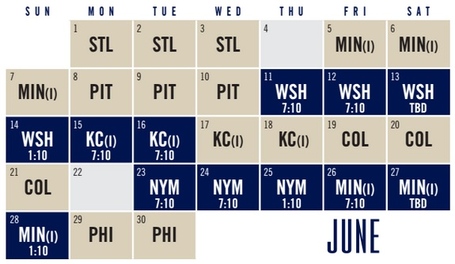 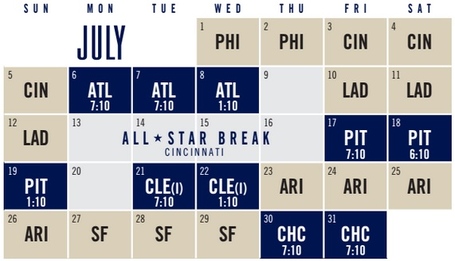 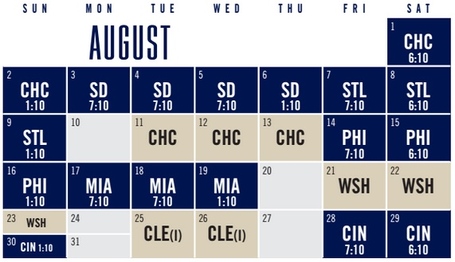 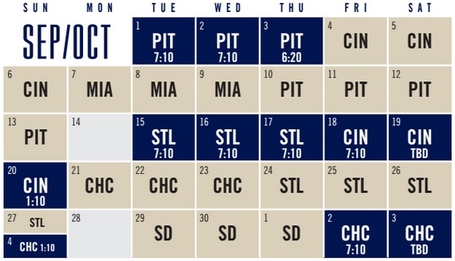 Again, those are courtesy of WTMJ.

It will be a long offseason for the Brewers -- opening day starts one week later than it did in 2014. Milwaukee does get to open the year at home, though, as they take on the Rockies. After that, the Brewers get September 2014, part two. The team ends this year with an NL Central-heavy schedule and they'll start next year with 22 straight games against divisional foes following the Colorado series.

On the interleague slate, the Brewers and NL Central will be matched up with the AL Central. The Twins, Royals, White Sox and Indians will all make visits to Milwaukee while the Brewers will make the trip across Lake Michigan to take on the Tigers.

There are a trio of 10-game road trips next year, but nothing too extensive which is nice. Two of them come late in the Season, though, as 20 of 32 September/October games will be away from Miller Park. The beginning of the year will mostly be spent in Milwaukee, however.

The longest West Coast trip will be seven games against Arizona and San Francisco in July. Otherwise, it's just a couple of solitary series out west.