The Brewers reportedly trading Yovani Gallardo to the Rangers could allow the team to join the free agent fracas for one of the two premiere arms remaining.

Share All sharing options for: Brewers could target Max Scherzer or James Shields in free agency if Gallardo traded

With the Brewers reportedly on the verge of trading Yovani Gallardo to the Texas Rangers, it's important to consider the potential ramifications of such a deal for the Brewers. In the short term, it's expected that Jimmy Nelson and Mike Fiers will both enter the rotation instead of one or the other.

Instead, the Brewers might be thinking even bigger: Joel Sherman of the New York Post wonders if the Brewers could become contenders for the two marquee starters still on the market: Right-hander Max Scherzer and righty James Shields, formerly of the Tigers and Royals, respectively. 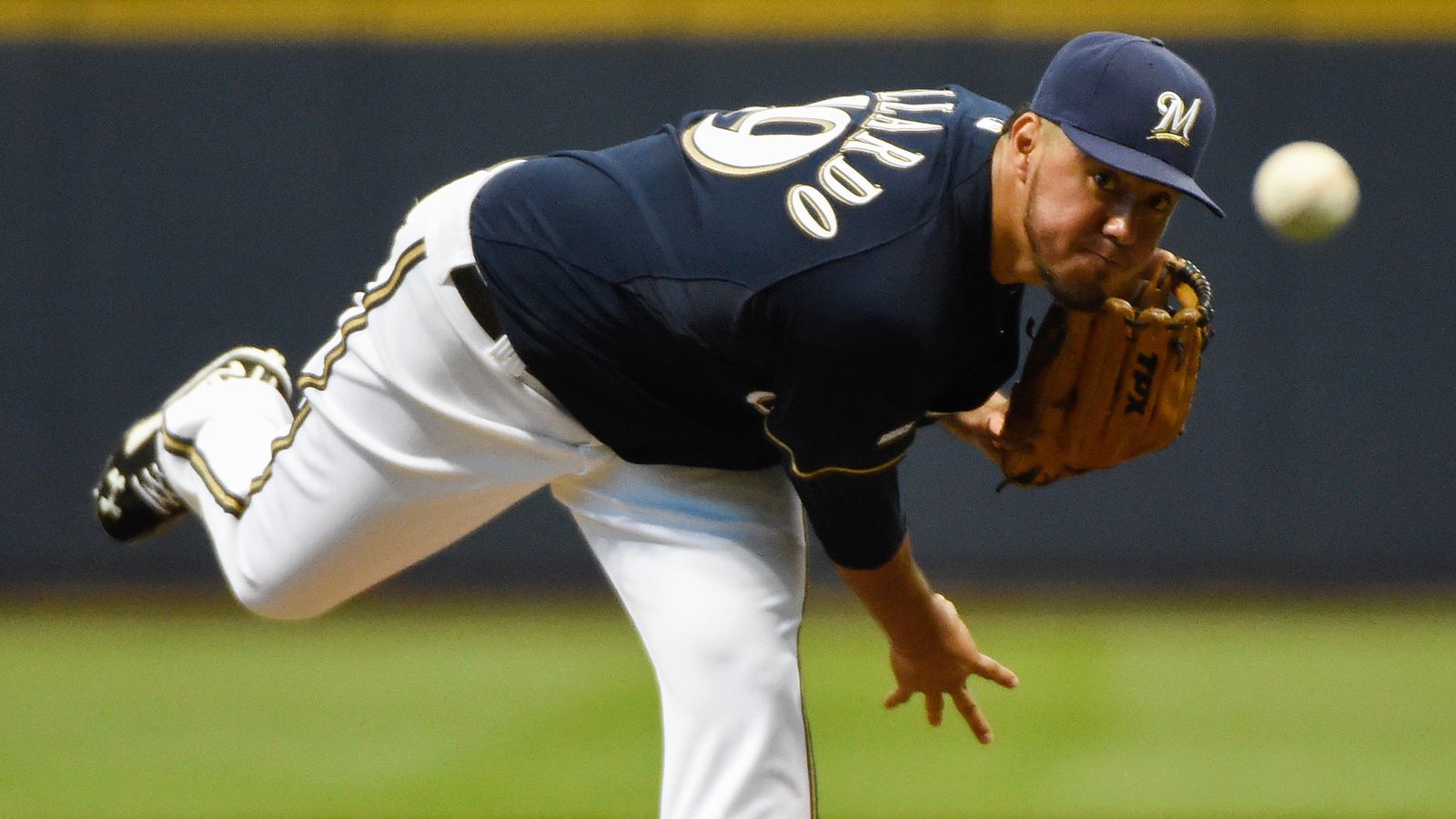 Out of nowhere, the Brewers are reportedly going to trade their long-time starter to Texas.

Sherman's thoughts come with the consideration that the Brewers would be saving $13 million by dealing Gallardo and would have plenty of room for contracts after 2015 when Aramis Ramirez, Jonathan Broxton and Kyle Lohse both come off the books. With that in mind, the Brewers could afford to take on what would surely be a huge contract.

Bringing in either player would surely help the Brewers compete in what will be an extremely tough NL Central in 2015. The Cardinals keep being the Cardinals and the Pirates made the 2014 playoffs and are only getting better. Some psychopaths even are predicting the Cubs to win the World Series. The Brewers have been extremely quiet all off-season, though they solved their one big need earlier by bringing in Adam Lind to take over first base.

Trading Gallardo and bringing aboard either Scherzer or Shields would likely be a net positive in talent, even before considering who the Brewers would get in return on a trade. While Gallardo has been a long-time Brewer, he's never taken the step to being a true ace. Both Shields and -- especially -- Scherzer meet that description better.

Both players would certainly cost nine digits on their contract, with Scherzer being the more expensive of the two.

Making big-time signings for high-profile players at their peak is not something the Brewers have done basically ever. They'll stretch their pockets on more reasonable deals for players like Aramis Ramirez, Kyle Lohse, Jeff Suppan, etc. Big time contracts for pitchers have not exactly had high-success rates beyond the first few years -- look at Justin Verlander and CC Sabathia as examples.

Still, the Brewers never signed a player to a $100 million deal until Ryan Braun proved he deserved it, so it's not like we can say this is impossible. Eventually the Brewers will sign a top guy on the market, and it could be this year. Like Sherman points out, they don't have a ton of salary obligations in the future.

Signing one of these two might make it harder to give big contracts to Carlos Gomez and Jonathan Lucroy in the future, though. The Brewers don't have any obligations after 2017 other than Braun, but they would have to be careful about spends if they want to ensure either of those two stay in Milwaukee. Gomez is probably easier to part with than Lucroy with strong outfield prospects coming up (including Tyrone Taylor), but those prospects will have to prove they can keep improving.

Scherzer or Shields would definitely make the Brewers a more formidable team next year, and could even make them dark horse favorites for a division crown. Whether the Brewers have an actual interest in either is still uncertain, though. For now, we're still waiting to see what the Brewers get from the Rangers for Gallardo. Hell, we're still waiting on confirmation from anyone other than Rosenthal that he is being traded.

At least the Brewers have livened up their off-season a bit.

Next Up In MLB