I broached to topic of trade Jonathan Lucroy once before. There I explained why I think his 2015 season isn't quite as bad as it might look at first glance. You can read that here. I won't reproduce the entire argument here but essentially, when you look at his monthly splits, the further away from his injuries--hamstring at the start of the year followed by the broken toe--the better he gets. From July on he was more or less the same player. So I don't believe his bad season entirely dismantles his trade value.

But one thing I still see needs to be set straight. I often see people argue Lucroy shouldn't be traded right now because his value is too low. They further reason that right now we don't know if Lucroy is the guy he was in 2014 or the guy he was in 2015. Well to those people I simply say, he was good before 2014.

In his first season and half he was pretty mediocre. But he was still developing. He was only called up because of an injury and lack of alternatives. The next two seasons he was great--though 2012 was cut short by a freak accident involving luggage. But that season he hit 320/368/513 (135 wRC+) and was worth 3.5 fWAR. The following season--this time a full year--he hit 280/340/455 (116 wRC+) and was worth 3.4 fWAR. If you don't think that's really good you need to realize that you're wrong. 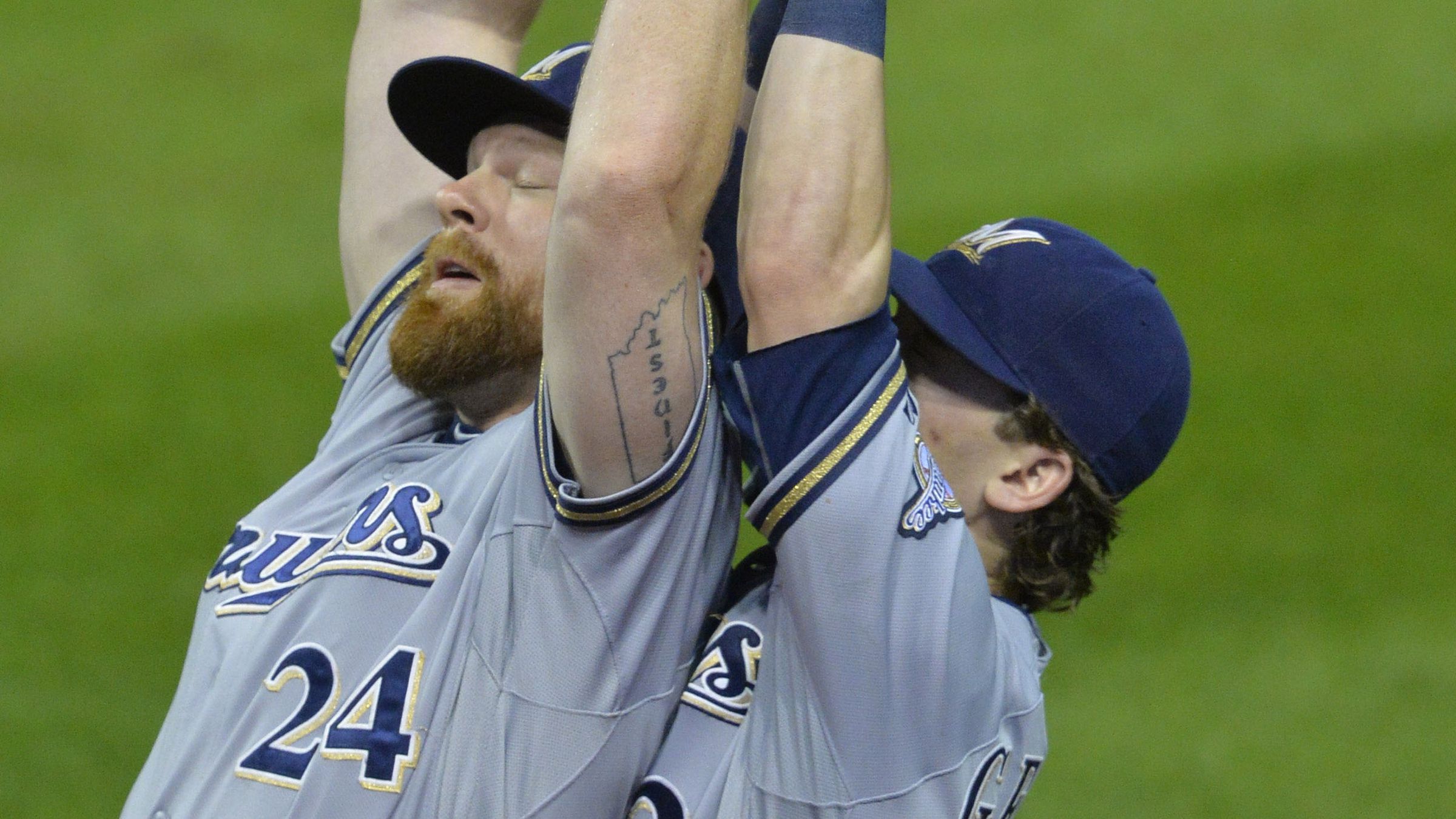 You'd really have to work hard and grasp at straws to find a way to place Jonathan Lucroy outside the top ten catchers right now. And that's looking at just his worst season. When you consider he was severely hampered by injuries--the concussion being the only one that's mildly concerning considering he was able to make a full recovery and didn't risk worsen the injury afterwards--and you factor in his three previous seasons you can make an argument--and pretty easily--that Jonathan Lucroy is still a top 5 catcher.

Despite the fact that Lucroy is one of the best catchers in baseball he's making very little money. The Brewers extended him right before his breakthrough season. As such they retain team control over him through 2017. He makes a guaranteed $4.25 million in 2016. Then the Brewers have a team option worth $5.25 million in 2017.

Yadier Molina makes $14M in each of the next two seasons. Buster Posey makes at least $20M in each season. Russell Martin makes $15 and then $20 million. Brian McCann makes $17M. It's almost ridiculous how cheap Lucroy is signed for by comparison.

Those expensive catchers above are all really good and it's true they signed their extensions or free agent contracts after being good for a long time. So in that sense they were always going to make more than Lucroy right now. He'll get paid when it's his turn. But that's not really the point. The point is that his contract is very cheap right now.

And look at what the Mariners just paid Chris Iannetta: 1 year $4.25M plus incentives and an option year. Chris Iannetta is a decent catcher but he's average in a good season. There's chance he ends up making more than Lucroy who has MVP potential.

The next best option on the free agent market is probably Dioner Navarro and he's also just average in a good season. If Jonathan Lucroy is available he's easily the best option to a team looking to upgrade at catcher. The next best options just aren't even close to his caliber.

Honestly all but 5 or 6 teams. Jonathan Lucroy is the type of talent that you make room for. If you have a good but not great catcher and Lucroy is within your reach you have to at least consider it. But teams that maybe make more sense than others include the Nationals, Twins, Mariners, Angels, Tigers, Astros, Orioles, Cubs, and Rangers.

Personally I think the Nationals may make the most sense. They have a decent enough farm system to net Lucroy. And their major league team is in win now mode which means they should be willing to make that type of trade. Of course that doesn't mean they will. And to be honest we don't know for sure that Lucroy truly is available.