The former MVP is finally entering the years covered by the extension he signed so many years ago. Is he worth the extension now and how that does impact his trade value?

Ryan Braun is simultaneously the Brewers biggest star and a black sheep. He was a much heralded prospect that came up and did something that's actually kind of rare. He lived up to the hype. He hit the stuffing out of the ball and played adequate defense...once he was moved off third base. But the total package equated to a perennial All-Star. Then he won the MVP award in a season that saw him lead the Brewers deeper in the postseason than they had gone in decades.

When Braun returned to action the year following his suspension most had forgotten that his thumb had begun bothering him the year before. So when he struggled at the plate and put up the worst season of his career most were happy enough to attribute the cause to lack of steroids.

However the following offseason Braun underwent a cryotherapy procedure--the first of it's kind performed on a baseball player. He enjoyed something a return to form in 2015 hitting 285/356/498 with 25 home runs and 24 stolen bases. It wasn't quite his previous peak but that would be an unfair expectation for anyone. It was a good season though one not without concern.

For one thing he required a maintenance cryotherapy procedure on his thumb. This wasn't unexpected but  concerning nonetheless as he was dealing with pain for a bit and had to miss a couple of games. He did show he is still a capable hitter.

The back issue may be more concerning. He played with a herniated disc during the season which caused him to miss some time. Though he was mostly able to play through it, the Brewers shut him down at the end of the season to avoid any risk of worsening the injury. In the offseason he had surgery to repair the issue.

I've no idea if this will turn out to be a long term concern for Braun but it's bound to scare teams despite the clear evidence that he can be successful when healthy. 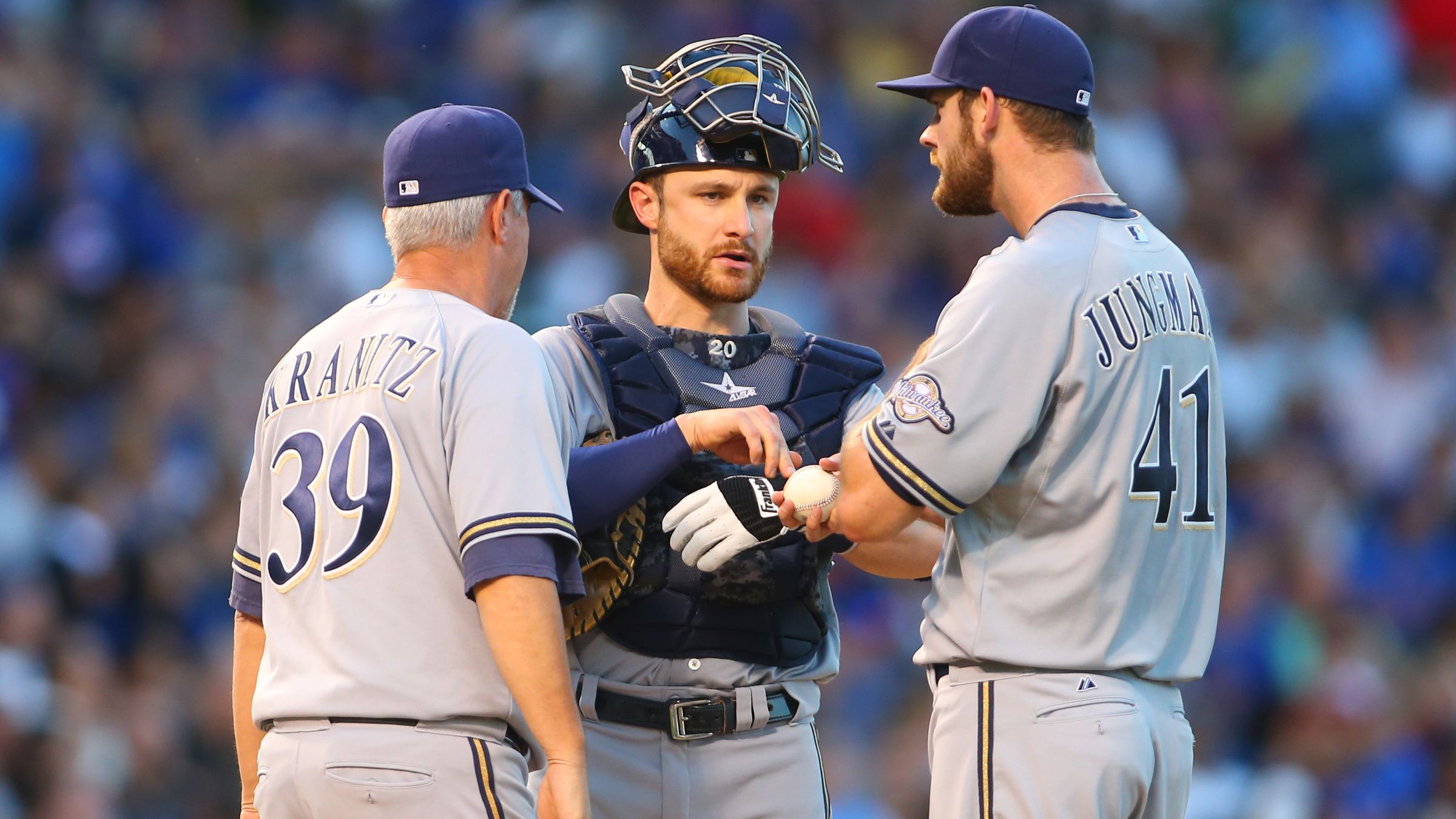 It seems like a ton of money. And it isn't a small amount to be sure. However it's really not top tier money anymore. I think even with his black marks there's a real chance had he never been extended he could get similar money in free agency right now. That's about what teams pay for those players in the upper-mid levels.

That's where Braun is. He's not quite elite anymore, but he's still an above average player and probably All-Star caliber. Still, if the Brewers want to unload him they'll probably have to eat a significant portion of the contract. But more on that later.

The market is flush with outfielders both upper tier and mid-level. There are a ton of free agent outfielders and several that are likely to be available in trade--though I don't really have any names to point to. This works against Braun's value.

He's probably in the same tier as Justin Upton, Yoenis Cespedes, and Alex Gordon. One could argue that Braun is the best of the bunch. But those guys will only cost money and, with the exception of Cespedes, the forfeiture of a draft pick. Braun would cost money and prospects which are probably more valuable than a draft pick.

To be honest I'm not sure there is a practical fit. If Braun didn't have the thumb/back and the PED suspension working against him it would be different. I'd argue that much like Lucroy, Ryan Braun is the type of talent teams make room for. While I think he still might be that caliber, he does have the thumb concern and the back issue. And of course any team taking him would have to worry about the PR problems that come with his suspension.

Right now I just don't think the Brewers can move him. Anyone that would take him would probably offer less than fair value in terms of prospects and still require the Brewers to cover some of his salary. It's just not cost effective to move Braun right now.

I think it's a different story even just a year from now. Assume for the sake of argument he has a reasonably good season in 2016. That will prove he can manage his thumb successfully and assuage any concerns about his back problem. Once the injury concerns are out of the way I think a lot of teams will shed their "concern" over his PED suspension. It won't hurt to be another year removed from that.

So I think it's almost a guarantee that Braun is a Brewer for at least one more year.