Clearly third base is a major area of need for the Brewers. Jonathan Villar and Elian Herrera are the only real in-house options at the major league level and neither looks to be a very good fit for the hot corner. In the minors the best bet is probably current shortstop Gilbert Lara. But he's a good 4-5 years away. To this point we've been focusing the Brewers search for their next regular third baseman on the free agent market. For the purposes of this article I'm going to explore one possible solution via trade.

Before I get too far into this I have to acknowledge it's pretty much impossible to accurately predict any kind of trade. It's hard to distill accurate and true information from all the rumors and GM-speak out there. Sometimes you'll hear about a player or prospect being available but that could mean a lot of different things. In the case of Garin Cecchini I haven't actually heard anything about his availability. I just think he doesn't fit with the Red Sox and that might make him available. Though the Red Sox may feel differently. And the Brewers might not even be interested regardless.

A few years ago Garin Cecchini--not to be confused with SS Gavin Cecchini of the Mets--was a well regarded third base prospect. He got average marks for his defense and raw power while his game power and speed were pegged as below average. But his carrying tool was his ability to hit. As recent as a year ago Kiley McDaniels at FanGraphs still gave him 60 future projection on his hit tool. He was ranked 7th in their farm system just behind fellow third baseman Rafael Devers.

However things did not go well for the 24 year old corner infielder in his second go around at AAA. He hit a repugnant 213/286/296 that showed little of the promise he exhibited in every other season of his career. It's hard to say how he could have such a down year after so much success. But there reports that his plate approach went backwards. He might have been trying to hit for more power and as a result screwed up his swing. If it's possible that with a change of scenery he could return to his line drive approach then he presents and interesting upside play for the Brewers.

The Red Sox don't have an opening for him at this point. They have Pablo Sandoval penciled in at third base. Hanley Ramirez appears unlikely to get traded and so they're experimenting with the idea of sending him to first base. Even if Ramirez gets traded, they might just send Sandoval over to first and perhaps slide Xander Bogaerts over to third. He's adequate at shortstop right now but he probably profiles best at third base. Deven Marrero is a better utility option as he provides plus defense and can play a couple more positions.

With the down year and the positional inflexibility Garin Cecchini could be a prime buy-low candidate and with six years of team control remaining could be the Brewers answer at third base now and for the future. But that assumes Boston would be willing to sell low. Cecchini has one option remaining so the Red Sox could send him back to AAA with the hopes that he regains some of his previous value.

A secondary question is what would it take to get him? Reports are they're "actively" searching for relievers. The Brewers might be a fit there.

Will Smith, Jeremy Jeffress, and Michael Blazek all have varying levels of trade value. I think Smith is the most valuable and I would actually be hesitant to trade him for just Cecchini. He has three seasons of team control remaining--all arb-eligible years. I think Smith could enter this season as the Brewers closer and, with a successful season in that role, his value could easily double as teams tend to overpay for saves. At the same time, even a solid average regular at third base would be more valuable than a good reliever. There's just more risk associated with Cecchini.

Jeremy Jeffress and Michael Blazek are good relievers in their own right but neither has the strike out ability Will Smith has shown. Though Jeffress has one more year of control than Smith. And Blazek has one more year than Jeffress. Still, I think I'd be more comfortable trading one of these relievers as they've had control issues in the past and I'm not convinced we can say they've entirely overcome that just yet. 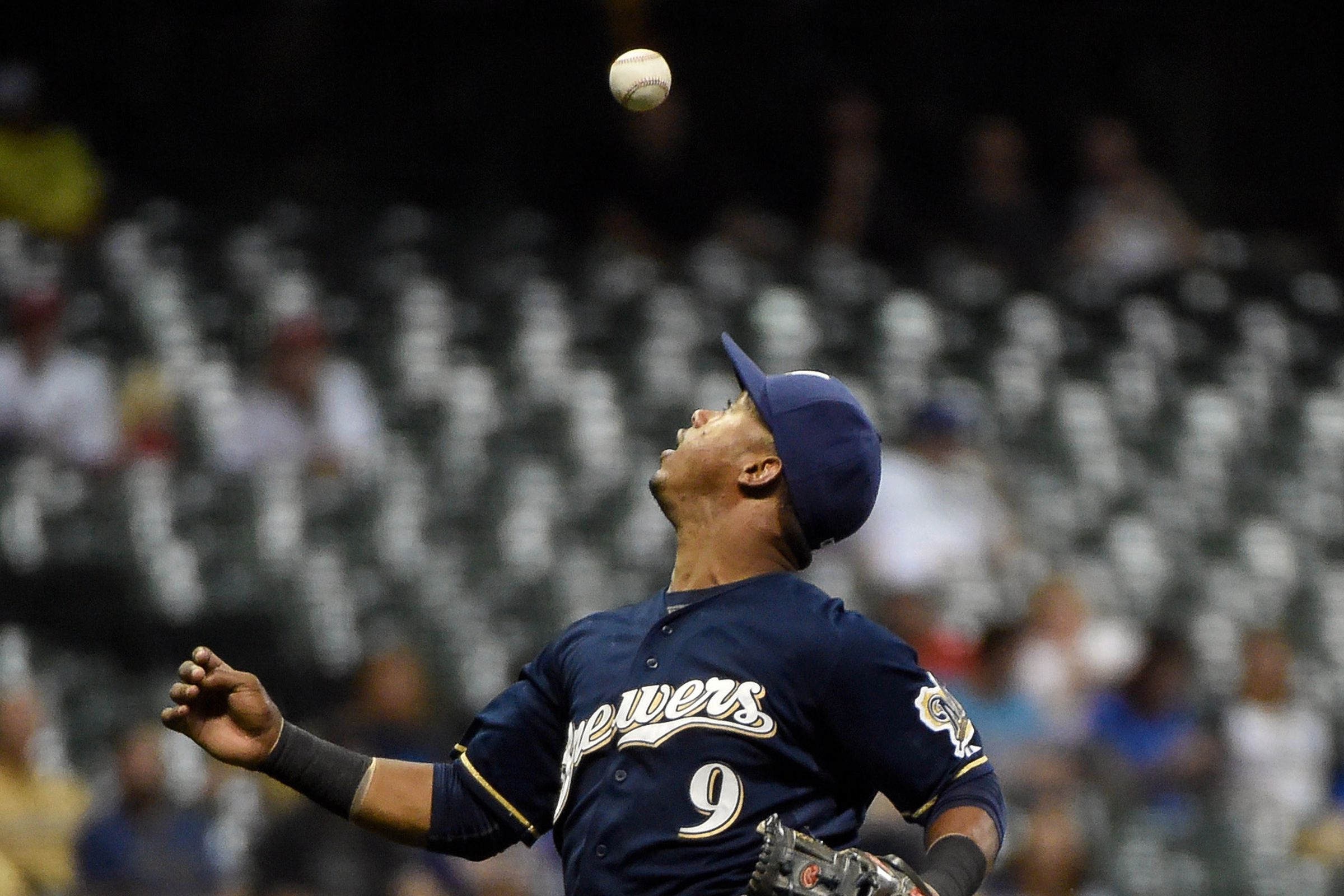 The young shortstop could be pushed out of Milwaukee by the impeding arrival of one of the game's top prospects in Orlando Arcia.

I don't see the Brewers with another obvious match to Boston's trade needs. Perhaps if they do move Ramirez there could be a fit in Jean Segura. He could take over SS as Sandoval moves to first and Bogaerts to third. I think he and Cecchini have similar value and the Red Sox don't have any other obvious SS that's major league ready. But that assumes all those moves would be palatable for Boston and I'm not sure that's the case.

I think for this to work the Brewers would have to part with one of their young relievers. In the long term a reliever, even a very good one, isn't vital to a rebuilding team. However it's still a matter of value. I think Smith is worth a lot more than Cecchini. So either the Red Sox would have to include more or "settle" for Jeffress or Blazek. And I have no idea of they value Cecchini similarly to how I would.