In addition to adding a utility infielder and a bullpen candidate, the Brewers selected a pair of relief pitchers in the minor league portion of the draft

The Rule 5 draft is an interesting thing, folks. In total, the entire MLB phase took about 13 minutes. Several times the ah, master of ceremonies, if you will, had to ask the selecting team how a player's name was spelled. Imagine Roger Goodell actually taking a hard stance against domestic violence having to ask someone how to spell the name of Nelson Agholor in last year's NFL draft. It's a different world, folks. 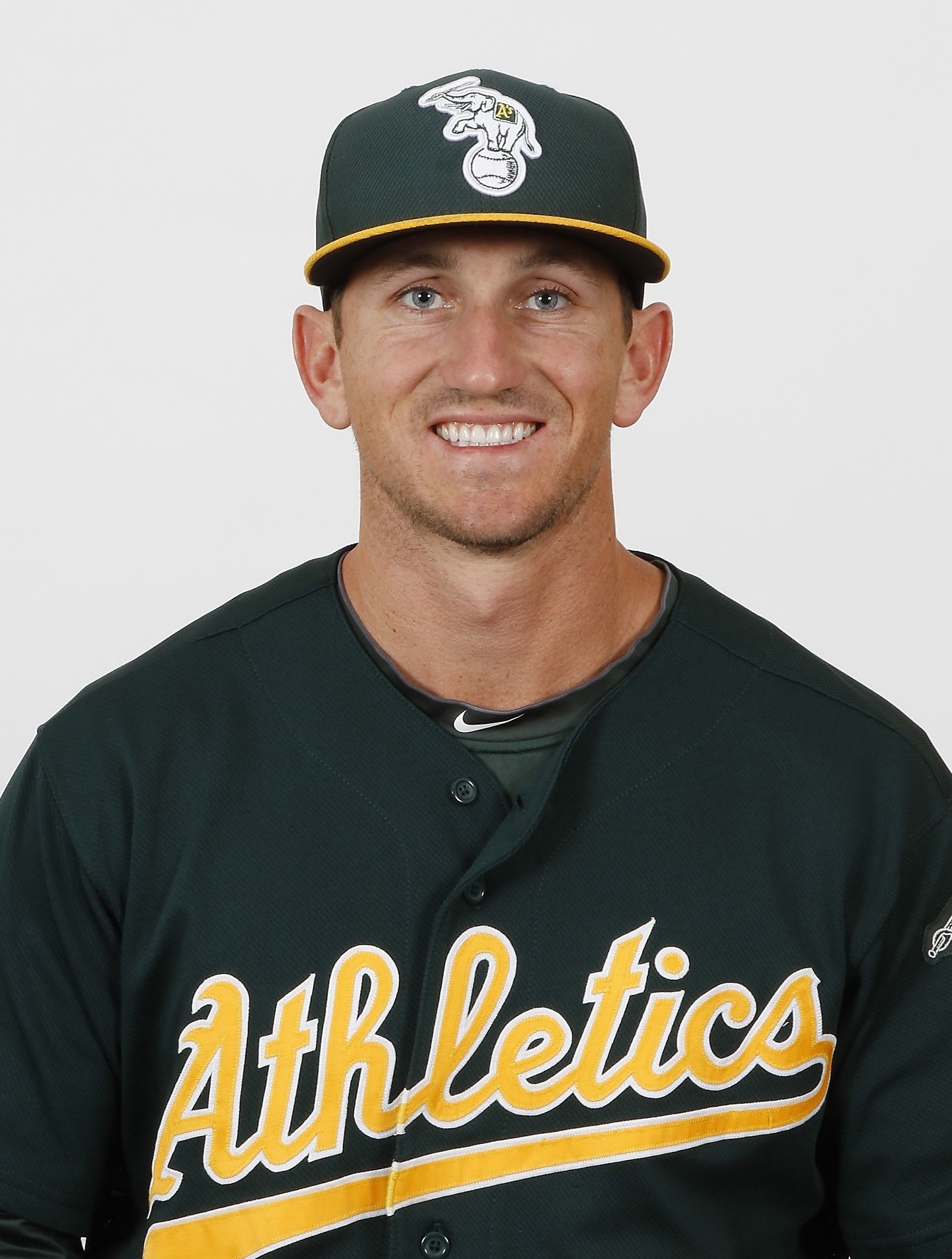 Spencer Silva from Athletic's Nation had an interesting interview with Walsh in August. Read it here.

The Brewers were quite busy this year. In the first round, the Brewers selected Colin Walsh, a super-utility type from the Oakland Athletics organization. The A's scooped up the 26-year-old after the Cardinals released him following a rough season in 2013. Walsh abused Texas League pitching last season, slashing .302/.447/.470 for the AA-Midland Rockhounds in 619 plate appearances. That Bonds-ian on base percentage was boosted by a 20.0% walk rate, the highest of his career. Walsh has a little pop and a little speed as well, with 13 home runs and 17 stolen bases in 2015.

Primarily a second baseman (332 starts), Walsh has also spent time at third base (58) and in left field (76), though just eight of his appearances at third have come since 2012. A switch-hitter without a platoon split, Walsh presents a stark contrast with the Brewers' current starting 2B, who is the platoon-iest hitter of all time (don't fact-check that). If he can stick, Walsh looks like he could possibly present a significant upgrade over Elian Herrera, the recently-DFA'd 30-year-old who had previously occupied the super-utility role for the Brewers. Walsh could carve out an everyday role playing third, though the Brewers acquisition of 3B Garin Cecchini from the Red Sox complicates things, or he could find himself platooning with -- or even replacing -- Scooter Gennett.

In the second round, the Brewers scooped up RHP Zack Jones (he's 'Zach' in every database but calls himself 'Zack' on Twitter -- I'm a firm believer that you should get to decide what folks call you) from the Minnesota Twins. Fans of 3,000 word articles about made-up nonsense will recognize the name as one of the two prospects I traded Francisco Rodriguez for in the SB Nation off-season simulator. Jones is a reliever who split time between High-A and Double-A last season. The good news is that nearly 40% of Jones' at-bats end without a ball being put into play; the bad news is that nearly 40% of those at-bats end in walks. Jones strikes out a ton of batters --  he had an 11.85 K/9 in 2015 -- but it came with an ugly 4.88 BB/9. However, he's got power fastball that sits in the upper-90s consistently, and the Brewers will hope that he can harness that power and contain it in the strike zone. FanGraphs graded Jones, who turned 25 last week, as a 40 FV prospect entering 2015.

The Brewers made two additional selections in the AAA phase of the draft. In the first round, they selected LHP Mitch Lambson from the Atlanta organization. The Braves acquired the 25-year-old in a trade with Houston in July, so GM David Stearns is familiar with him. Lambson had a 2.35 ERA in 2015 split between four teams (the Double-A and Triple-A affiliates for both Houston and Atlanta), striking out 52 and walking 20 in 57.1 innings. Finally, the Brewers selected 22-year-old RHP Kender Villegas of the St. Louis Cardinals in the second round of the AAA phase. Villegas spent time with all three of the Cardinals Class-A affiliates in 2015, tallying a 4.03 ERA. He had an excellent 6.56 K:BB ratio, and was probably a bit unlucky as evidenced by a 2.58 FIP.

In total, 65 players were selected in the draft, 16 in the MLB phase. Milwaukee selected four and lost no one.