The Adam Lind trade left a hole at first base. The Brewers could fill from within or look to one of these free agents.

#Brewers are casting a wide net in 1B search: Pedro Alvarez, Ike Davis, Steve Pearce, Chris Carter, Daniel Nava among those on radar.

Looking at that list makes me a little bit sad. But this is the sort of stuff the Brewers should be looking at as they're rebuilding. I could see each of these players serving as a competent--to varying degrees--first base stopgap.

I would divide these players into two distinct groups. 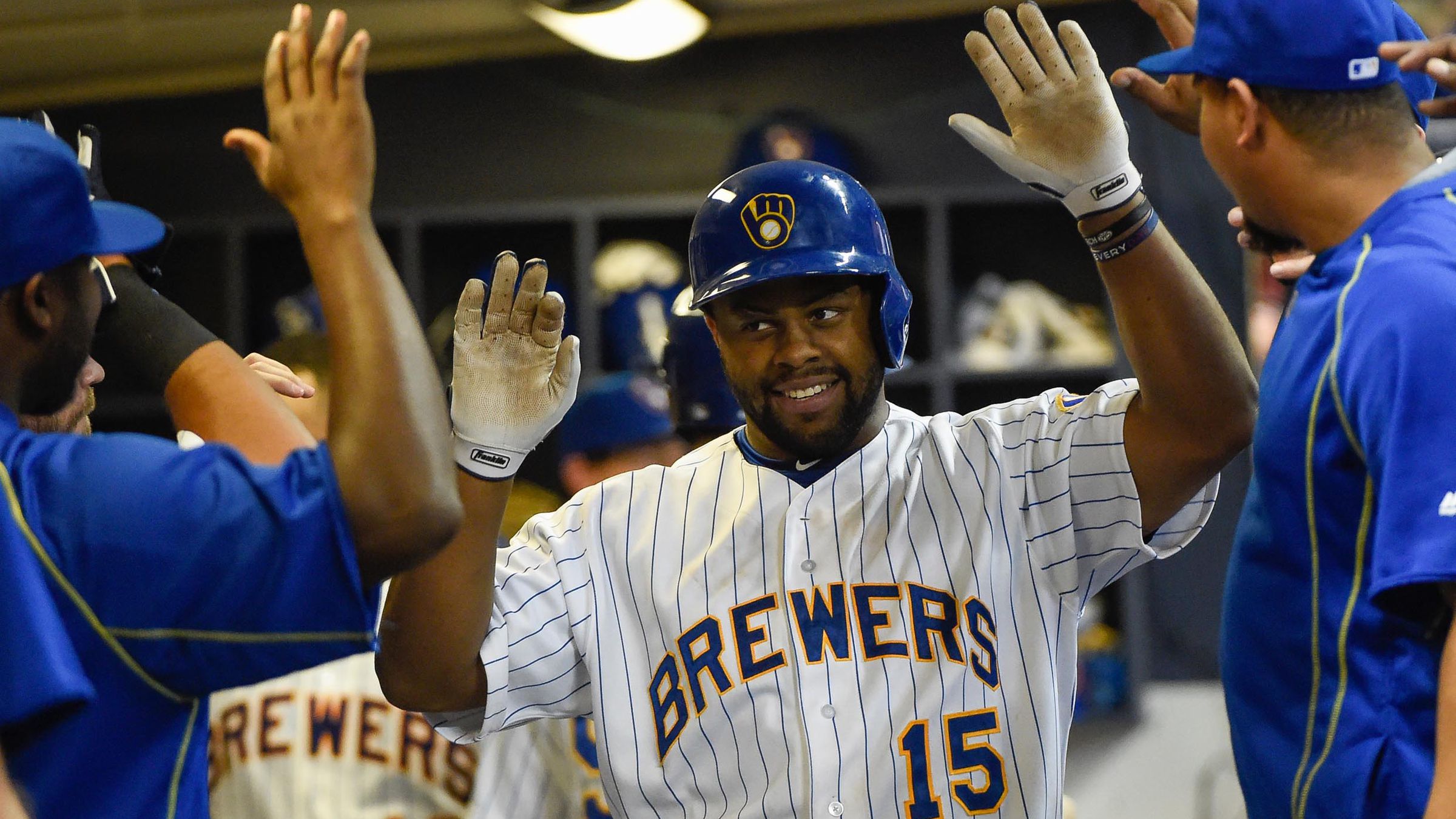 The Brewers have a hole to fill at first base. Sound familiar?

Alvarez, Carter, and Davis won't offer much defensive value. In point of fact they'll probably be defensively detrimental. But they are each capable of hitting 30+ home runs. Well...maybe "capable" is too strong a word. But they definitely have the raw power to do it. If they can get to that power in the first half of the season the Brewers could probably move them for something at the trade deadline. Even if it's just similar to the return they got for Aramis Ramirez it would be worth signing them.

I think it's possible for Pearce and Nava to end up with similar trade value given a good first half season performance. Their value won't necessarily come from home runs--though Pearce hit 15 this year and 21 the previous season. Their value comes in their ability to competently field both at first base and left field. That versatility can be attractive to teams looking to just fill holes in advance of a playoff run.

My personal preference is to focus more on defense. I think that could have a cascading affect in which it helps the rotation. That has a two-fold impact. It helps the young pitchers with their confidence which can be important when they're still developing. It could also help a guy like Matt Garza rebound--and regain his trade value.

I don't have much of a preference between Daniel Nava and Steve Pearce. They'll both be 33 next year so neither has the advantage there. That's not young, but their age isn't much of a concern for me. Neither would be signed long term so it's not important. Nava is a switch hitter while Pearce is right-handed. So Nava may be a better fit. That makes this tweet somewhat more interesting.

That's not necessarily related to the Brewers reported interest in Nava. But it is interesting nonetheless.

I very much like Jason Rogers, but he might not be a starting caliber player. Even if he is there's value to be gained by going outside the organization to fill the spot vacated by the Adam Lind trade. So it makes sense the Brewers would "cast a wide net." We'll continue to monitor that search and report any more information we find.