Bids for Korean 3B Jae-Gyun Hwang due tonight

The third base market is quite barren making Jae-Gyun Hwang all the more interesting. Posting bids are due at 4 pm CT tonight.

Share All sharing options for: Bids for Korean 3B Jae-Gyun Hwang due tonight

The Brewers are in desperate need of a third baseman not just for now, but the future. The only options in free agency are David Freese, Will Middlebrooks, and Juan Uribe. None of those players are all that good. The lack of other options makes Korean third baseman Jae-Gyun Hwang all the more enticing.

Kyle previously looked at the case in favor of signing Jae-Gyun earlier in the offseason. It's a pretty easy case to make. The Brewers don't really have any in-house options. Elian Herrera is gone now. Jonathan Villar could start there but he's better suited for middle infield duties. And if Jean Segura does get traded then he's the starting shortstop. 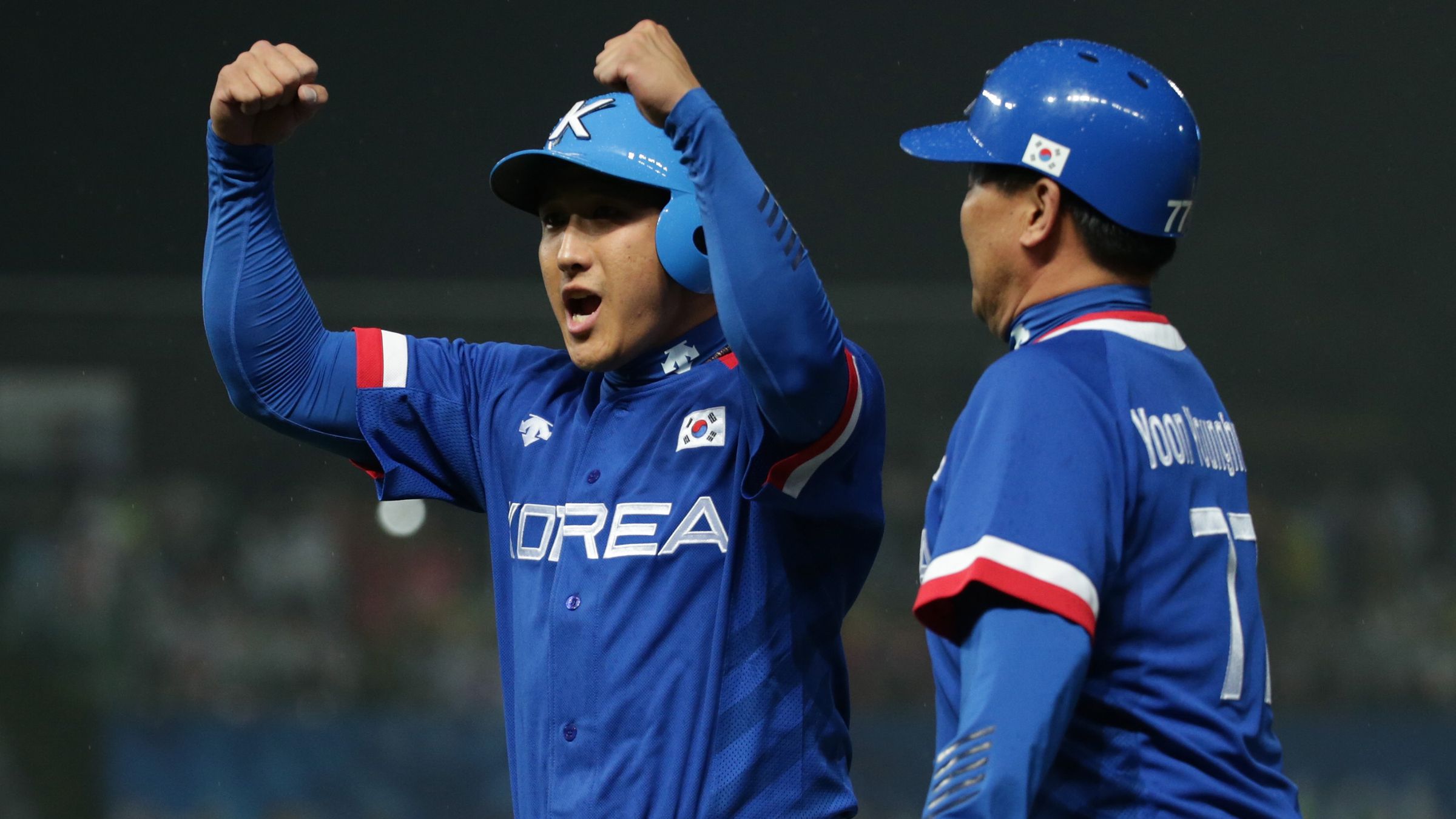 Okay, so he's not really a traditional free agent. But Hwang could represent the best long-term third base option on the market this winter.

On the minor league side things are even more unclear. The Brewers don't technically have a real third base prospect at the moment. Nate Orf may very well be the top guy at that position. But despite his ability to quite his doubters to this point, he's still likely only a solid utility guy. That's fine as a stop gap but not a real solution. If that's what you're looking for you have to go down to the rookie leagues to find shortstop Gilbert Lara. He's likely to move to third base at some point and could be a very special player. But he's a good 5 years away.

Even if he's not a "starting caliber" player he's going to be cheap. Last year Jung-ho Kang signed for 4 years and $11 million with an option year at $5.5 million. That was after a $5 million posting bid. This year fellow Korean first baseman Byung-ho Park signed a 4 year $12 million deal. That was after a $12.85 million posting bid. So we see that the posting bid prices have gone up after Kang's good season, but the actual salaries have not.

It's easy to see why. Teams have to compete with each other to win the posting bid. That drives up prices. But once that process is finished only one team gets to negotiate with the player--unlike with the Japanese process. That means the player has very little leverage. If they don't come to an agreement with the only team they can negotiate with then they have to return to their Korean team. They'll make less money and at best have to go through the same process a year older until they can become a free agent, perhaps years down the road.

I'm interested to see how much the winning posting bid for Jae-Gyun will be. $12-13 million seems to be a good guess. But if those two GM's are being truthful and their opinion is shared, the winning bid could be much lower. Regardless of where it ends up, I imagine Jae-Gyun's contract will be around 4 years and around $12 million in total. So even if the total investment ends up being 4 years and $24 million (posting bid + total contract value) that's pretty cheap.

In 2016 and beyond $6 million AAV is approximately what you'd expect to pay for 1 win in free agency. With no other real options at third base and no chance to compete in 2016 and probably 2017, it makes a lot of sense for the Brewers to take a chance on Jae-Gyun. Worst case they have an appropriately costed utility player. Best case they have a competent third baseman for extremely cheap.

Posting bids are due at 4 pm CST this evening. We might not find out right away who wins the bid. But we should know before the weekend is over. I have heard nothing about any club's interest in the third baseman, let alone the Brewers. But it just seems to make so much sense.