The Brewers have three young relievers that could get a lot of attention at the Winter Meetings.

The relief market is one of the weakest areas of this year's free agent class. That's why there was a lot of early trade action. Joaquin Benoit, Danny Farhquar, Craig Kimbrel, and Francisco Rodriguez were traded about a month ago. Now Aroldis Chapman has moved hands as well. (This was written before the horrible news about his alleged domestic assault was revealed. As it stands now there's a possibility the trade won't happen. More than that there's a possiblity Chapman could face suspension and never be traded)

Darren O'Day was the top free agent on the market and he's been locked up. The next best options were Ryan Madson and Joakim Soria. Now they've been signed too. Even mid-tier options like Mark Lowe are getting snatched up. The remaining free agent options are all middle relievers at best. 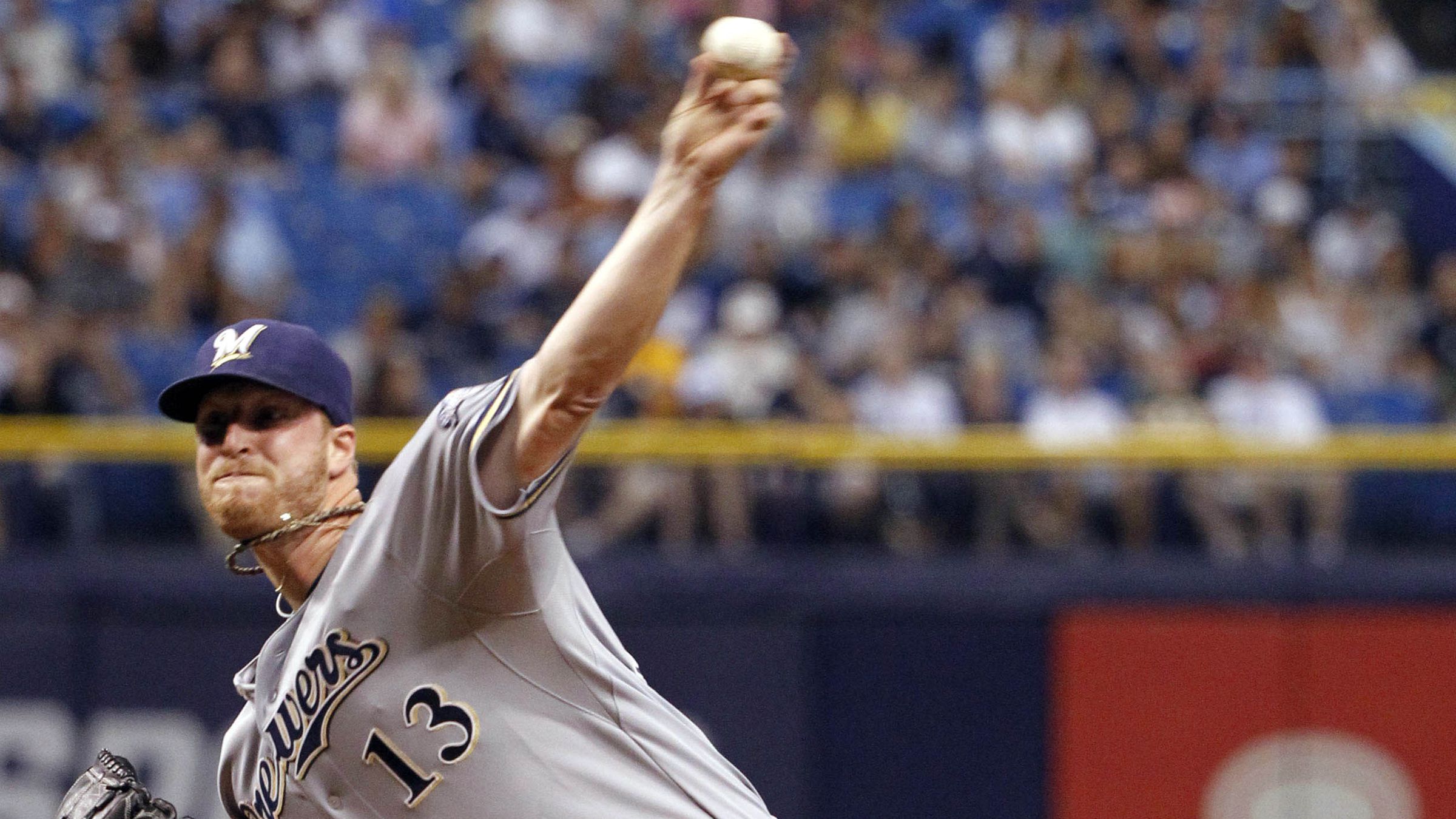 There are some interesting options available in trade. Word is the Phillies are listening to offers on Ken Giles. The Yankees are reportedly willing to listen on Andrew Miller as well. These guys are going to cost a ton to get and I'll believe the Yankees move Miller when it happens.

The Brewers could enter the fray by making Will Smith, Jeremy Jeffress, and/or Michael Blazek available. Aside from Ken Giles there likely isn't a better pool of young controllable relievers available anywhere. This could really work in the Brewers favor now.

One could make the argument that teams want closers or that teams pay a premium for saves. I used to believe that too and I'm a person that doesn't put a lot of stock in that role and in fact I think the actual stat is garbage. However I'm beginning to wonder if the baseball world is changing to the point where saves don't influence them as much.

It's true that saves still get relievers more money in their arbitration years. But on the free agent market teams are paying for quality production regardless of whether or not the largely meaningless "save" statistic is attached. Last year Zach Duke got $15 million after just the one good season with the Brewers. David Robertson got 4 years and $46 M after just one season as a closer. This year Darren O'Day got 4 years and $31 million after never having acted as a closer. Ryan Madson and Joakim Soria each secured 3 year deals even though they have TJ surgery in their past.

The old wisdom says that teams won't pay big--in terms of prospects in a trade--for a player like Will Smith because he's never been a closer. But I'm not convinced that's true anymore as exhibited by those two points above. If in fact that is true, then I would argue that Will Smith--and Jeremy Jeffress and Michael Blazek--would be that much more attractive.

Since it's still true that saves get relievers bigger salaries via arbitration, the fact that Smith/Jeffress/Blazek don't have that in their portfolio means they likely won't be due for huge raises. Given how much money Madson and Soria just got--even with their significant history of injury--the Brewers relievers must be viewed as a huge bargain financially.

None of this means the Brewers will definitely trade one of their young relievers. But I do think it means they can fetch fair or better value for them. And for a rebuilding team it might make too much sense not to trade a reliever. As GM David Stearns is brand new to both the Brewers and the position it's impossible to say what he'll do. This week and the rest of the winter should be a very interesting learning experience as a fan.