Adam Lind is the player the Brewers are most likely to move this week.

Adam Lind is the player the Brewers are most likely to move this week. Yesterday we heard some news that the Mariners were trying to acquire him. So far we've not heard about any progress. Really we haven't heard much at all. But this morning Ken Rosenthal adds the Orioles to the named list of Adam Lind suitors.

Sources: #Orioles among teams trying to trade for #Brewers’ Lind or #Rangers’ Moreland. Also inquired on #Braves’ Miller, but no match.

We at Brew Crew Ball have long believed the Orioles were a fit for Lind. They stand to lost both first basemen/designated hitters Steave Pearce and Chris Davis to free agency. Even if they were to re-sign one of them they'd need to replace the other.

Adam Lind is a cheap alternative. His one year remaining is what makes him so attractive to clubs. Long term control over a player is nice as well, but having the one year makes him a very low risk acquisition. The $8 million price tag also makes him a fit on any club. It's low enough that he can provide a lot of surplus value. But perhaps more importantly it's low enough that the Orioles would have money left to spend in other areas. 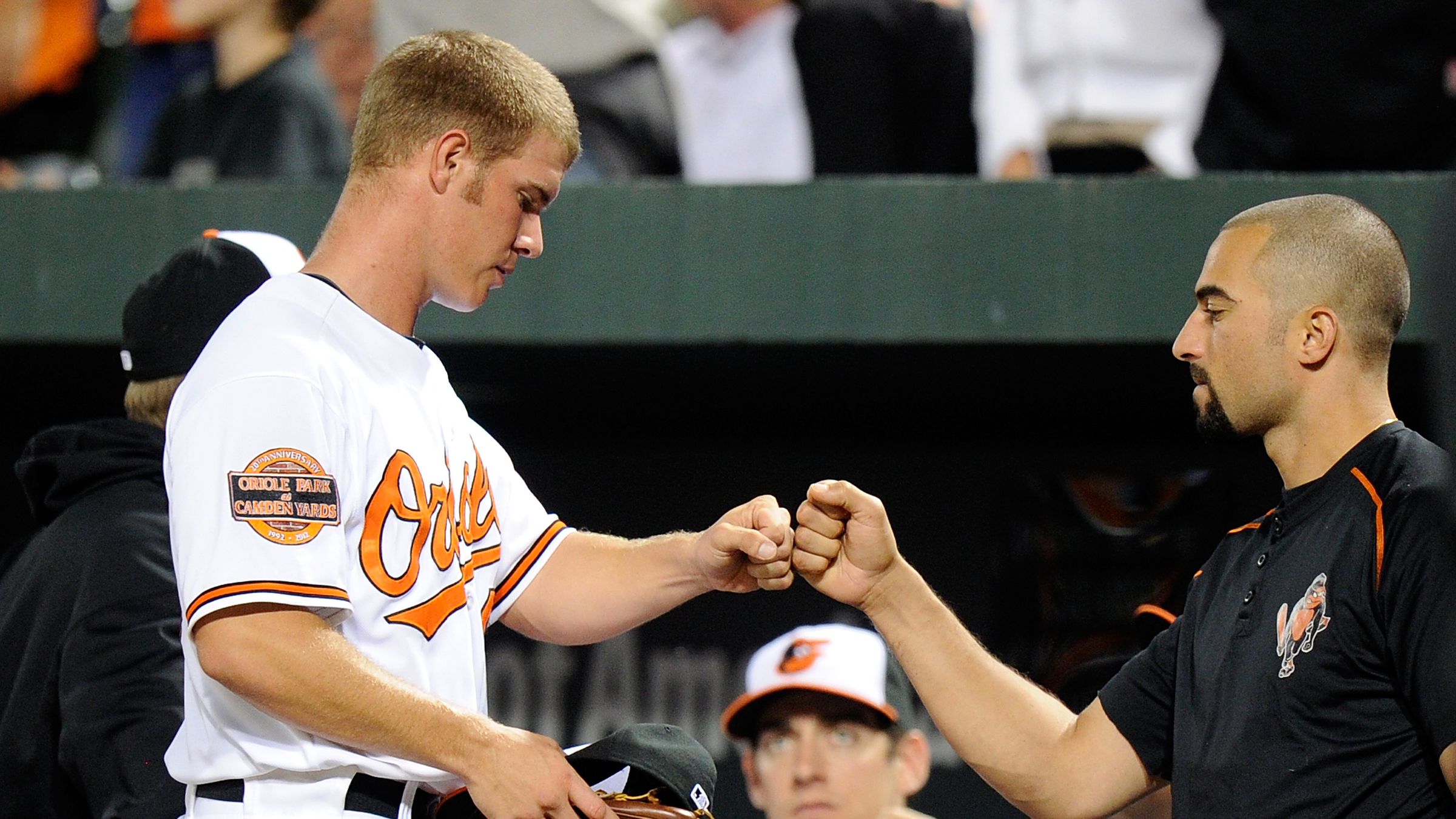 Once considered a consensus top 10 prospect in the game, the 23 year old has battled injuries over the past three years and is now out of minor league options.

Kyle covered the possibility of a Dylan Bundy trade as part of our "Brewers Trade Targets" series. Bundy was once a top pitching prospect before injuries derailed his career. He's still young and as recently as this year's AFL showed enough for some scouts to see mid-rotation potential still exists.

The Orioles are attempting to compete, but Bundy has no minor league options remaining. It's possible the Orioles fell comfortable keeping him in the bullpen for the time being. But since they're competing they might not be able to suffer through if his struggles continue. It might make more sense to leverage his talent potential for a safer asset that they know can contribute this year.

The Brewers on the other hand are in a great position to let Bundy work through his injury struggles. If he can reach that mid-rotation potential they've got the makings for a very special rotation. Bundy hasn't accumulated a full year of major league service time yet so he would be under team control for 6 full seasons.

I have no idea if the Orioles actually are willing to move Bundy. I don't know if the Brewers would even be interested. I also don't know if Lind for Bundy is fair value for either side. Bundy's injury history clouds things. I do know that it seems like an interesting trade for both sides. If the value is skewed maybe other pieces could be added to even things out.

I can't make any definitive claims, but it does seem incredibly likely that Adam Lind is moved this week. We'll keep you posted if more information is made public.