James Shields could be falling right into Brewers' price range

Rumor has it Shields may have to settle for a much lower contract than was originally expected. That could be good news for Brewers fans who hope to see him in Milwaukee.

Share All sharing options for: James Shields could be falling right into Brewers' price range

Since the Brewers traded Yovani Gallardo to the Texas Rangers, there have been several people around the baseball world to wonder if that would put Milwaukee in position to sign a top free agent remaining on the market. Shortly after that trade, Max Scherzer signed a huge deal with the Nationals, but James Shields remains available.

Whether the team has any actual great interest in signing Shields or not is still questionable. The team has room in future payrolls to fit him in, but a, say, $100+ million deal would still be tricky to accomodate. 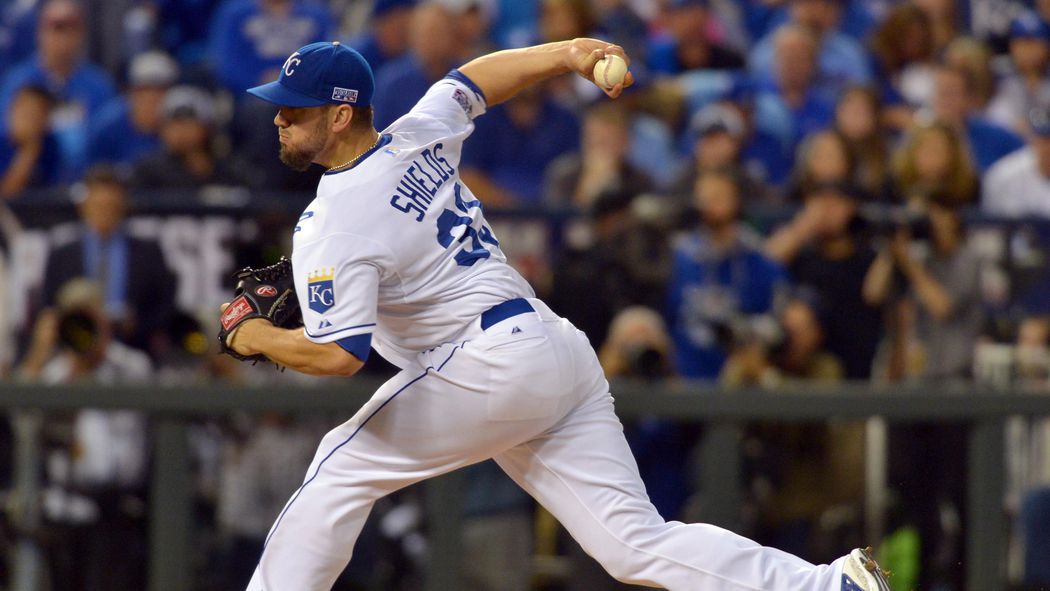 Fred takes a deeper look into how Shields fits in as a possible Brewers acquisition.

However, there's now speculation that Shields might need to settle for less. According to Buster Olney, other agents around baseball seem to think Shields may have to jump at a three-year deal with a fairly reasonable annual value. That could bring him around, say $50 million for three years. Ken Rosenthal notes that similarly-aged pitchers have also struggled to find big deals in free agency.

Last off-season, players like Ervin Santana and Ubaldo Jimenez couldn't find the big contracts for which they were hoping. Matt Garza signed just before spring training to a moderate contract. Nelson Cruz settled for one year. This late in the off-season, it's rare to see teams cough up huge deals.

And with James Shields contract expectations getting lower and lower, this seems oh man exactly like the type of move Doug Melvin would make. It's the same as him signing Matt Garza in late January last year. It's signing Kyle Lohse in late March two years ago. Melvin and the Brewers seem to have a consistent strategy to wait out free agency and look for deals late in the off-season, and it's served them pretty well.

James Shields could very well be the next deal. The Brewers haven't necessarily needed to sign a starting pitcher each of the last two years, but they did with Garza and Lohse. Trading Gallardo allows the Brewers to start both Jimmy Nelson and Mike Fiers, and they could get away with that. But just like the last two years, they could prefer to sign someone who gives them an even better shot to win, if the price is right.

Shields would certainly make the Brewers better: He's as durable as they come and has posted a 3.17 ERA, a 3.49 FIP and an 8.0 K/9 over the last four seasons. If his price is coming down to the range where a three year, $50 million or four-year, $65 million deal could sign him then it's almost identical to what Milwaukee has done in recent years.

The Brewers do indeed have room in future payrolls to accommodate this contract. They're still likely around the top of their salary range for 2015, but could push over and would see big expiring contracts like Aramis Ramirez, Gerardo Parra and Kyle Lohse after 2015, then Carlos Gomez [ :( ] after 2016. Milwaukee could have a lot of payroll flexibility in the coming years, though possible extensions for players like Jonathan Lucroy and Jean Segura could come into play.

Of course, it's also worth noting that the Brewers say that they dealt Gallardo to open a spot for Nelson while also freeing up payroll for a reliever (though signing Shields could indirectly also benefit the bullpen), as Jayson Stark writes. But Doug Melvin is a filthy liar and I refuse to believe a damn word he says.

The big question has been what Shields is looking for in a contract. If recent reports are true and he may have to settle for less than expected, Shields could be another surprising Brewers rotation addition. Spring training is just two weeks away so a resolution could come sooner than later.