Though many pitchers will use something to get a better grip, Smith was too obvious about it this time.

Share All sharing options for: Will Smith suspended eight games for using illegal substance, will appeal

As expected, Major League Baseball and the Office of the Commissioner has suspended Will Smith for having an illegal substance on his arm when pitching against the Braves Thursday night. Smith will be out for eight games, but is appealing the decision. Until his appeal is heard, he will remain on the active roster and be allowed to pitch.

According to rule 8.02, a pitcher caught using a foreign substance on a ball is automatically suspended for 10 games. That's the punishment that was laid on Yankees pitcher Michael Pineda when he was caught using pine tar in 2014. My assumption -- and this is a guess -- is that because there is no evidence Smith actually used the substance on the ball the typical suspension was slightly shortened. 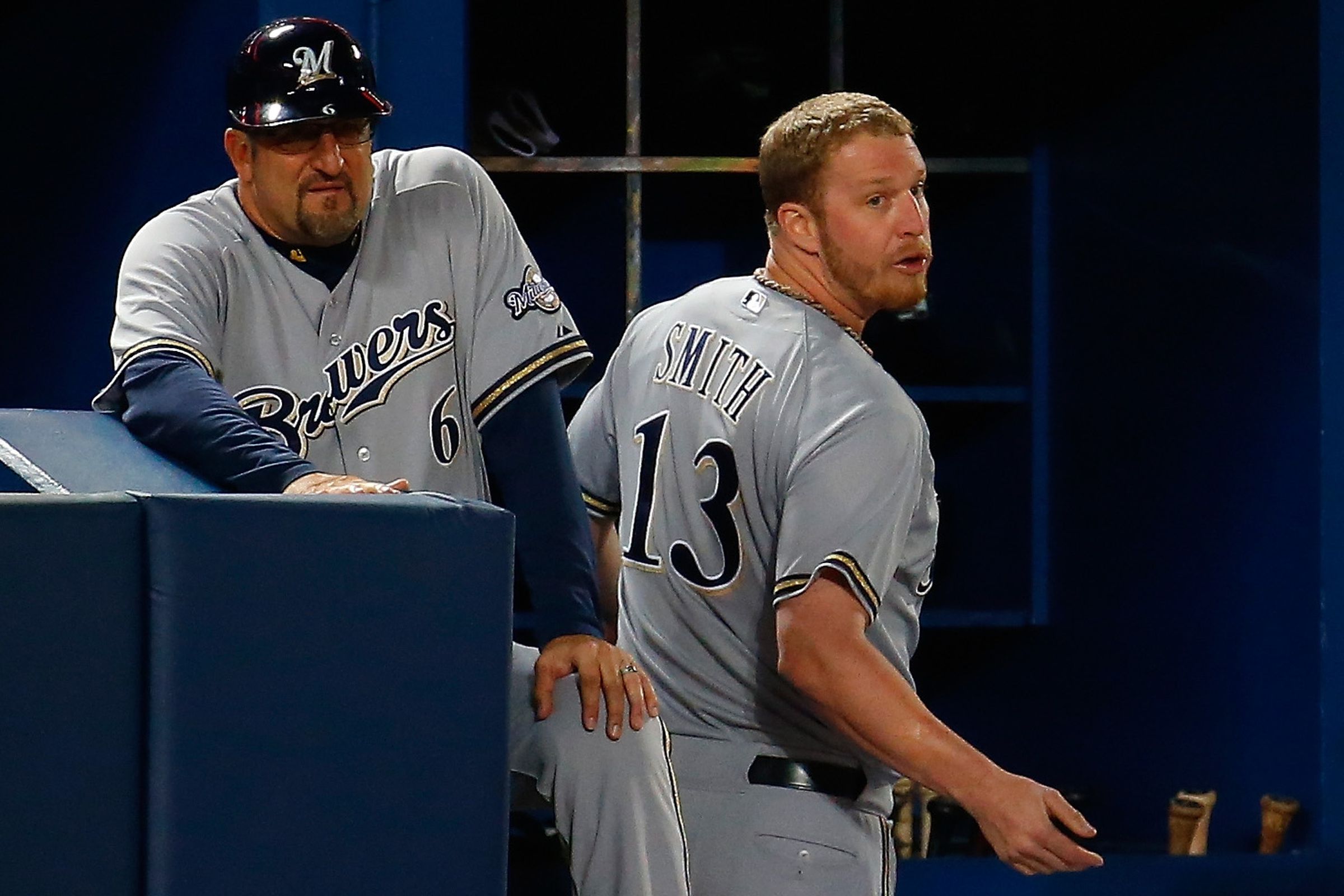 The Brewers were upset while the Braves acknowledged it's not a big deal unless it's obvious.

Regardless, Smith will almost assuredly miss at least some time, even after his appeal. That's a blow for the Brewers as he had been one of the team's best relievers, posting a 2.84 ERA and 12.8 K/9 in 19 games this season.

It's generally acknowledged around baseball that many, if not most, pitchers will use a substance to help them get a better grip on balls. Smith claimed it was a mixture of suntan lotion and rosin that he was using while warming up in the bullpen, but other pitchers will use pine tar or another substance.

Many batters also say they actually prefer pitchers use something to maintain their grip as it puts hitters at less risk of being hit. Braves first baseman Freddie Freeman said as much after the game last night, as did Red Sox players when Pineda was caught last year.

The issue comes that, while it's accepted, teams don't like if a pitcher is obvious about using substance. Smith was...well...a little obvious:

If he had tucked something in his belt, or on the brim of his cap, or his sleeve Smith likely would have been just fine, according to the 'unwritten rules'. He had it on his forearm, so he's getting suspended. It's a weird thing in baseball, but a rule is a rule.