A look at the Brewers draft pool allotment

The MLB draft is fast approaching. Let's take a look at how much money the Brewers will be able to spend and where they'll pick in the first ten rounds.

Share All sharing options for: A look at the Brewers draft pool allotment

The MLB First Year Player Draft takes place in just under two weeks on June 8-10. The Brewers will have 4 picks in the top 100 this year thanks to the Competitive Balance Lottery. They've been pretty lucky in the lottery netting CB-A round picks in two consecutive years. Having an extra pick is valuable not just because it's an extra pick but because it adds a lot of money to their total draft allotment..

Each pick (through round 10) has a value associated with it. The picks from round 11-40 don't. When you add up all the slot values through the first ten rounds you get a team's total draft allotment. That's the amount their allowed to spend on all their total draft picks. In the Brewers case that will be a total of 41 picks.

Teams don't have to spend the total slot value on the player they take with that pick. They can spend more or less. Sometimes teams will draft a player in order to sign him for under-slot (that is sign him for less money than that slot is valued at) and spread the money to later rounds. 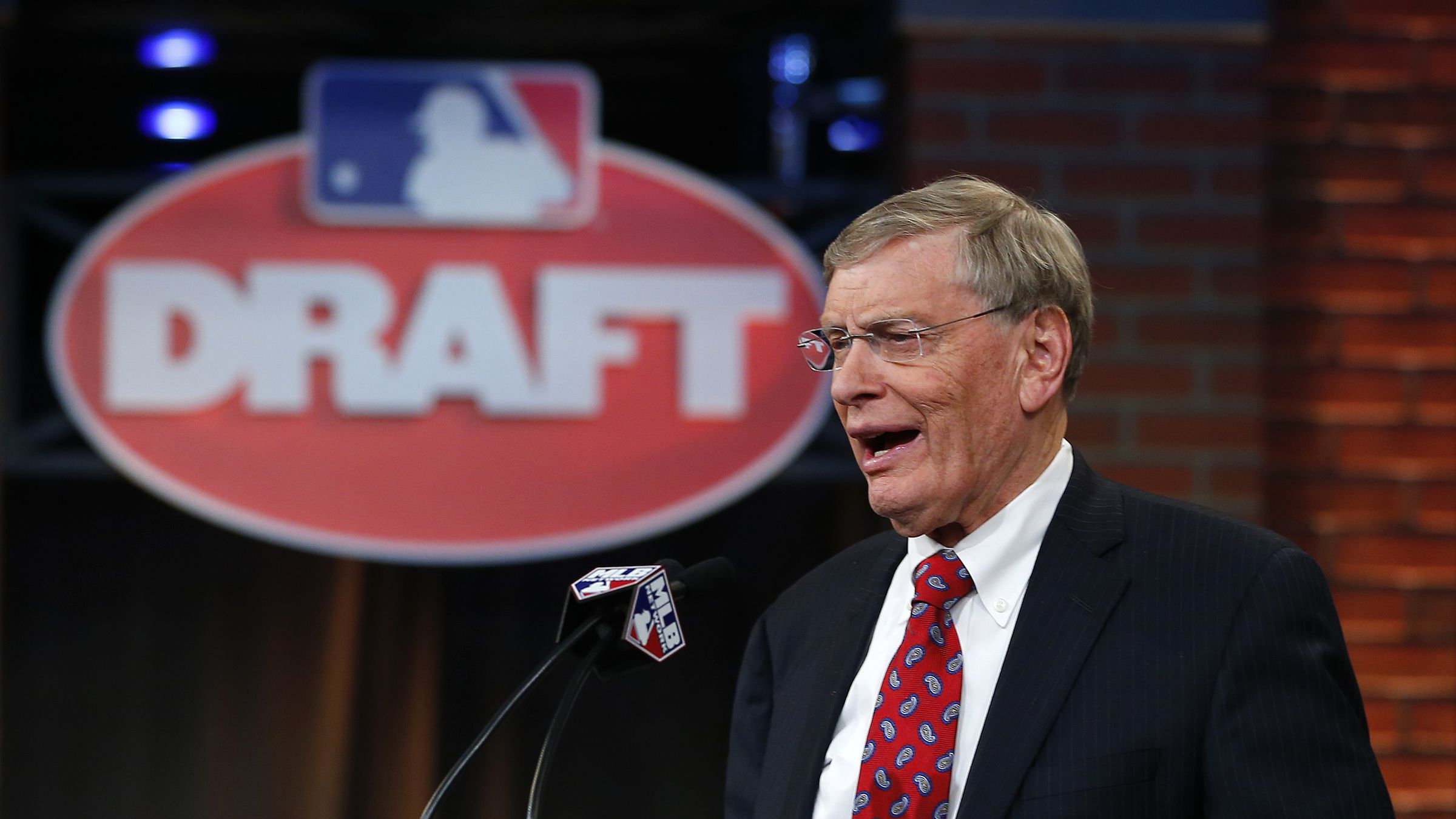 The MLB draft is coming up fast, and mock drafts are coming out at a rapid pace.

It is possible for teams to exceed their draft allotment. A team will then be subject to certain penalties. If it's less than 5% over their total allotment they just have to pay a tax on the overage. If it's over 5% they pay a tax and would lose picks in next year's draft. This hasn't happened yet and I don't expect it to ever happen barring something weird.

Here are the Brewers draft picks and the slot value associated with those picks:

The Brewers total allotment is $7,744,100. That's the 9th largest draft pool this year. Again, that's thanks in large part to the Competitive Balance Lottery. It's also, to a lesser degree, thanks to a couple teams losing picks in the first through third rounds that would have drafted in front of the Brewers that round.

The total difference is $359,000. That doesn't seem like much on the grand scale but it's more than the slot value for the Brewers 5th round pick so it isn't inconsequential. It's just not as impactful as the extra $1.5 million from the CB-A pick.

It's a little tricky but I think I did the math right. The Brewers would have the 17th, 35th, 53rd, and 89th overall picks through the first three rounds (including the CB-A round). The fourth through the tenth rounds would remain the same.

The total difference is $43,800. In other words, if the qualifying system didn't exist the Brewers would have a total draft allotment of $7,700,300 instead of $7,744,100. Of course to know exactly how much that truly impacts the Brewers we'd have to put it in context of the other 29 clubs' adjusted draft pools and that's way too much work for something that is just a point of interest. It's also hard to account for the potential impact, positive or negative, it has and will have in future free agent classes, but that's another matter altogether.