A Trip Down Memory Lane: New Brewers Uniforms are All I've Ever Wanted

Perhaps no other Brewers fan is more giddy to see the new Brewers' alternate uniforms in action.

Share All sharing options for: A Trip Down Memory Lane: New Brewers Uniforms are All I've Ever Wanted

I'm a nerd. Boasting nerd-dom is in vogue and therefore obnoxious, so I've never been too eager to advertise it. I prefer to let these things develop organically. You can relate. We're all baseball nerds here.

Some of the recent snapshots of Spring Training Brewers have struck a nerd chord—for me, especially. The new Brewers' alternate uniforms are a minimalist merging of the best of the old, and the best of the new. The concept is simple: new colors, old logo. It's nothing revolutionary. And it's definitely nothing new for me.

When I was in high school, there was this baseball game called MVP Baseball 2005. It was the last baseball game EA would make before Sony took the legal reigns with the MLB the Show series. Fortunately, MLB the Show has turned into a fantastic simulator, but it took a few years to get rolling. MVP Baseball 2005, fueled by a passionate modding community, remained the supreme baseball game for many years past its release—a rarity in the sports gaming world. Believe it or not, there are still people playing this game in 2016. Check out this article by Ben Lindbergh last April to find out why.

Count me as part of the passionate modding community. Back then, anyway. I loved MVP '05. Modding intrigued me. I wasn't a major contributor, but I'd mod things for myself and put them in the game. I learned how to use photoshop (or whatever cheap alternative I actually used) to create faces and change logos. Update rosters. Mess with the interface.

I Didn't Have a Girlfriend

Here's where the nerd-dom runs rampant: I was so proud of my modded version of MVP '05 (and my amateur abilities with HTML and Excel), I decided to go on an MVP Baseball Forum and post what's called a "Dynasty." I'd play a game in my MVP '05 franchise mode, write up a review, punch up the box score, and post it in my dynasty thread. All of my fellow anonymous friends/followers would say "wow, nice update," or "think Sheets will win the Cy Young this year?" or "is Mota on the trading block?" It was a ridiculous expenditure of time.

I dug for some of my old work and managed to find the thread. Each game update would look something like this:

A lot of the coding is funky, and there's supposed to be an image in the middle there, but I didn't really super know what I was doing, and a lot has changed on that site since then. But, looking back, it's still pretty frickin' cool. All those links go to individual spreadsheets/jpegs showing just what they say. There was a program I'd use to autogenerate all the data, and it would spit out a box score imitating the ESPN look (at the time). The bulk of the work, however, was punching up the "full story" and styling it:

I expected to cringe a bit looking back on this, but hell, that's not too bad for a high schooler horsing around with this stuff for the first time. It's actually somewhat presentable.

Here's Where This Gets Relevant

I wanted to really personalize the thing. Make it stand out. So I came up with an idea for some custom Brewers jerseys that I could share with the community:

When the Brewers released the news about their new alternate jerseys, and I saw the photos, I remembered this thing I had all but forgotten about. It's bizarre to see this come to fruition after meditating on it for so long. The Brewers will be wearing the jerseys [I designed] every Sunday this season. Not really surprising, based on its simplicity, obviousness, and brilliance of the ball-and-glove logo, but still kind of surreal. If I had changed the "Brewers" to "Milwaukee" on the front of the jersey, it would be really surreal. 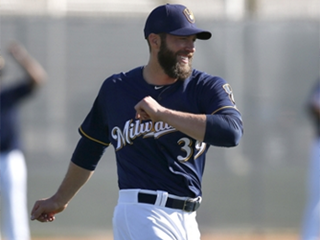 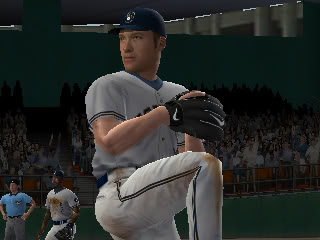 Cappy has sure aged well. 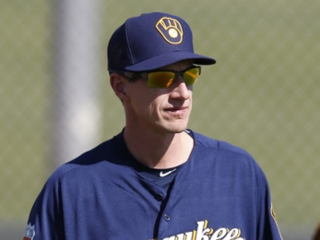 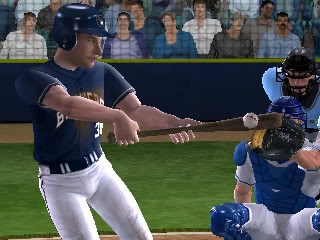 I much prefer the non-bunting version of Craig Counsell, personally.

In retrospect, this little side project of mine—as silly as it seems now—has everything to do with what I am today. My current line of work is primarily writing copy, with an increasing emphasis in website design and front end development. I spend some of my free time writing about the Brewers. I'm not a full blown baseball journalist, as I might have fantasized about back when I was posting this stuff. The good folks at Brew Crew Ball have given me a platform to contribute for one of the most popular Brewers blogs on the web. That alone is more than I ever realistically expected to achieve.

Now, at least every Sunday in 2016, I get to reflect on how far I've come. And each of us gets to do a little mental fist pump (or actually fist pump, which is perfectly acceptable) when the Brewers trot out of the dugout with a refined, classic look to bring in a new era of baseball in Milwaukee.