MLB Opening Day 2016: A Brewers season unlike any other

We're just a week away from what figures to be a Brewers season unlike any other in recent memory. Let's take a look at what that means.

Share All sharing options for: MLB Opening Day 2016: A Brewers season unlike any other

This Brewer season is going to be like none other in recent memory. Don't kid yourselves about the bad teams the Brewers might have had at any point in the last 15 years. None of them was part of a rebuild. Not even the pre-2008 teams. They might have been bad, but bad doesn't equal rebuild. Even last year they were only rebuilding for the second half. On the surface things might resemble the bad old days, but even a loss is helping to build the future of this franchise. So let's take a look at some of the things we should keep any eye out for or be aware of this rebuilding year.

In-game decisions use a different logic

It's the seventh inning and the Brewers have a 3-2 lead. The starting pitcher was clearly struggling in the sixth inning and now he's about to face the heart of the line-up. Do you keep him in or pull him knowing the bullpen has been really effective?

Most years the answer is pretty obvious. You pull him because the back-end of your bullpen gives you the best chance of winning. But wins in 2016 aren't what's important for the Brewers. Wins in 2018 and beyond are what's important. That starter you're about to pull is young and inexperienced. Sooner or later he's going to need to be left in a tough situation to learn how to find a way out. And the Brewers are going to need to know if that's a thing he can figure out. Because if he can't, maybe he's not the guy you're going to want pitching in those situations when the wins do matter.

We've talked about tangentially related topics throughout the offseason. For example, we knew Jonathan Villar and Domingo Santana were guaranteed roster spots no matter what happened in spring training because the Brewers need to find out if they're fit to contribute as full time regulars. The next couple of seasons are for learning these sorts of things. That's what's important. Because that's what is going to determine when the Brewers will be competitive again and what other decisions they'll need to make (eg. free agent signings, trades, etc).

So don't be surprised when starting pitchers stay in "too long," and left handed hitters start against left handed pitchers, and relievers come into games when you least expect.

Prepare for more wheeling and dealing

If you've been paying attention to the Brewers at any point over the last eight months I probably don't need to tell you that David Stearns is not done making trades. Since he took over he's made 9 separate trades:

That's crazy to look back on. I said in a recent article that I still can't believe Stearns was able to pull off that Rogers trade--and I'm speaking as a big Rogers fan. I'm really interested to see what else Stearns has up his sleeve. The Brewers have a number of potentially tradeable assets that remain with the team. 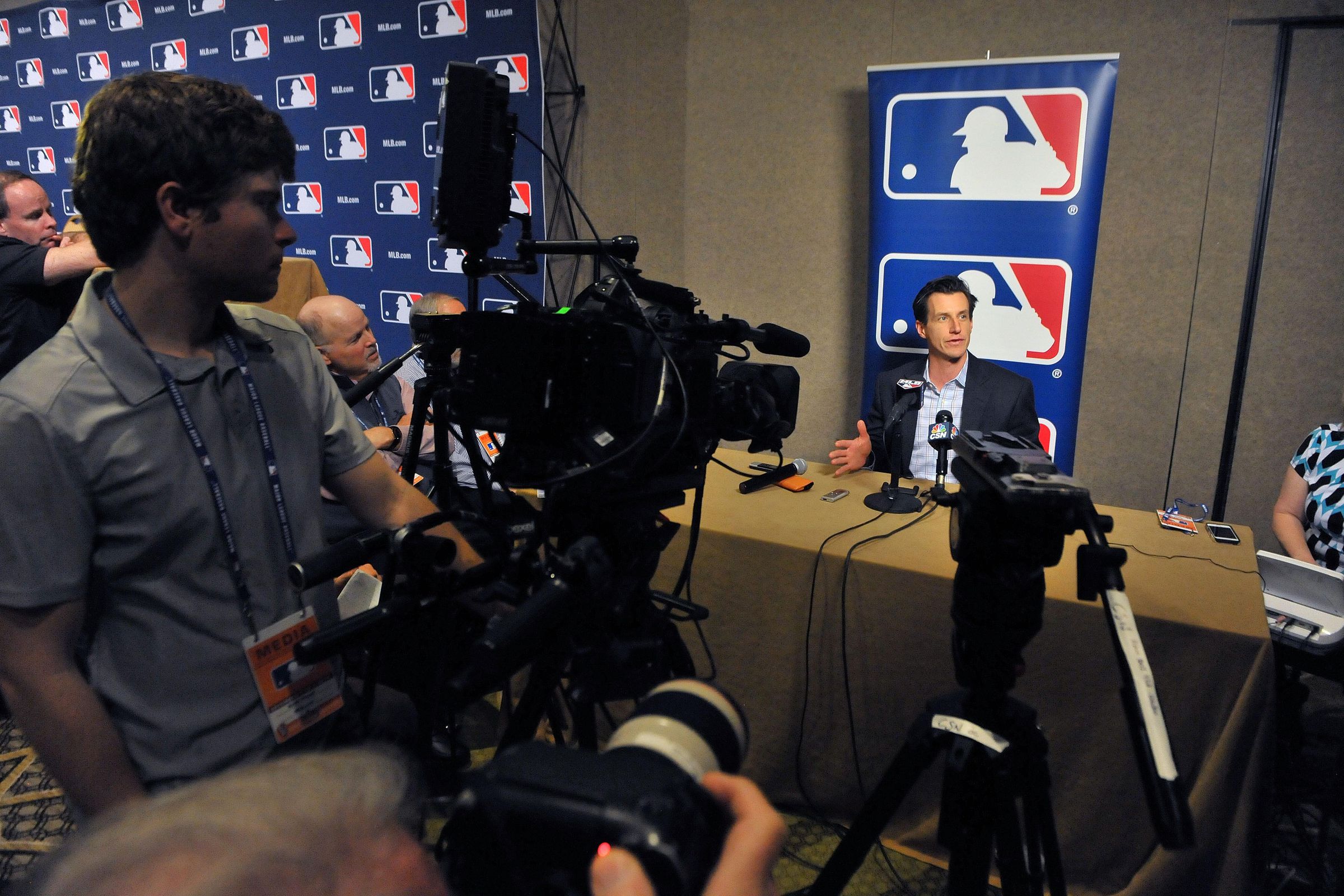 Obviously Jonathan Lucroy will capture most headlines. He's the Brewers best trade chip. Will Smith was right up there before his unfortunate injury. Who knows what to expect on that front now. But those aren't the only guys to keep an eye on.

The rotation has three trade candidates. Matt Garza was terrible last year. But if he can return to No. 3 status his contract starts looking pretty good. The same goes for Wily Peralta who might be more enticing given his youth, team control, and low salary not to mention his big fastball. Chase Anderson was recently acquired via trade, but that doesn't mean he isn't up for grabs. He was hurt last year, but when he returned healthy his fastball velocity started rising. If he can take a step forward this year there will be plenty of teams interested in a starter with three years of cheap team control.

Also recently coming to the Brewers from the Diamondbacks is Aaron Hill. He's certainly not the player he once was. But the Brewers were able to trade Aramis Ramirez last year. Hill figures to hit as well or better than Ramirez did last year, is younger, makes less money, and has more positional flexibility. They might not get much back, but I'd actually be surprised if the Brewers can't move Hill by the deadline--assuming he doesn't just completely fall apart.

I know a lot of fans are down on second baseman Scooter Gennett. He's average at best defensively. He couldn't hit rec department left-handers if his life depended on it. And last year he struggled quite a bit. But when you take the long view, he's been one of the best hitting second basemen vs right handed pitching since he debuted in the majors. Even if he's just a platoon 2B, he could be one of the best options. And he's making league minimum this year before starting the first of three arbitration seasons next year. After the Jason Rogers trade, you simply cannot tell me Gennett doesn't have trade value.

Chris Carter is another member of the Brewers projected opening day lineup that could find himself playing for another team after the trade deadline has passed. He's struggled in recent years, but there's still 30 home run power in that right handed bat. He's best suited to a DH role, but power is always sought in mid-season trades. Carter also has the advantage of offering two more years of arbitration after 2016. So he could appeal to both teams looking for a long or short term answer.

Steel yourself for a lot of losses, but perhaps not as many as some imagine

The 2015 Brewers went 68-94. They traded away a ton of productive players (Khris Davis, Adam Lind, K-Rod, etc). The only free agents they brought in were Chris Carter and Blaine Boyer (possibly also Chris Capuano and Franklin Morales). Then they filled out their roster with inexperienced players and post-hype (failed?) prospects. It's no wonder so many people think the Brewers are capable of 100 losses. And if you ask some fans, that's just what they're hoping for--because it means higher draft picks and potential the number one overall selection in the 2017 draft.

However I think that particular proclamation is a bit unfair. Last year's team wasn't great, but it was way better than 68 wins on paper. Maybe they were only an 81 win team on paper. But whatever they were, they underperformed. And this year's team is very different. So we really shouldn't be adjusting last year's win total up or down at all. We should be looking at what this team is comprised of and projecting that.

With that in mind, let's take a look at the two most popular projected standings. FanGraphs has the Brewers projected for a 71-91 record. That's just slightly better than last year's win total. It's also the third worst record by their projection system with just the Phillies and the Braves projected for fewer wins. Fans pining their hopes on the draft should be pleased with this. They should also skip the next paragraph.

Baseball Prospectus bases their projections on PECOTA. It has a much more favorable view of the Brewers. Here they're projected for a 78-84 record. That's still a losing record, but it's ten games better than last year. It's also tied with 2 other teams for the 10th worst record. The teams they're tied with are the Twins and the Diamondbacks. The Brewers win tiebreakers with those teams, but it still means they'd finish with the 10th overall pick in 2017's draft which isn't great news for draft pick watchers.

It should be noted that team projections have a pretty wide margin for error and anything can happen in a season of baseball. But this should act as a sort of warning for fans that are putting a lot of their hope on draft position. The Brewers might be just good enough to put themselves in a "poor" draft position. At least poor for a rebuilding team. This is also why anyone that tells you the Brewers are "tanking," is really just telling you they don't know what they're talking about.

The children are our future

This is going to be a rough season for the fans. Like I wrote above, anything can happen in baseball. But the odds are the Brewers finish well below .500 again. Most losing games are fun to watch. So we're going to have to find other things to keep our attention. And one of the best things about this rebuild is going to be watching the young players get their big chance to break onto the scene.

Brewers pitching prospects to know for 2016 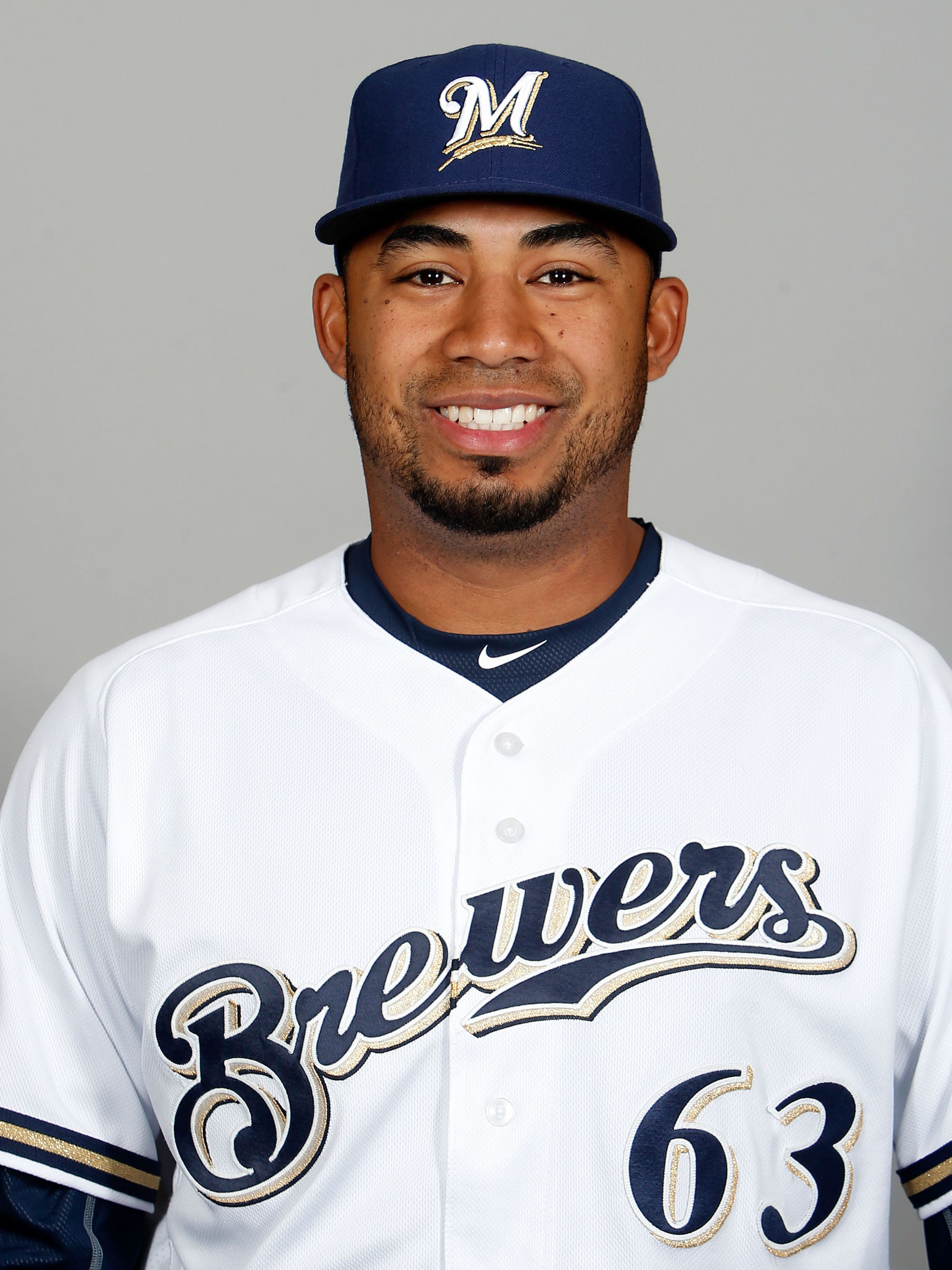 Taking a look at the hurlers who could make an impact in Milwaukee this season.

I'm really interested to see what new guys like Chris Carter, Jonathan Villar, and Chase Anderson can do. Not to mention returning Brewers like Jimmy Nelson, Taylor Jungmann, and Domingo Santana. But I'm really excited to see guys like Orlando Arcia and Jorge Lopez get their first extended playing time at the major league level.

Here's a list of some potential Brewers rookies that could see varying amounts of playing time in 2016:

This list is neither comprehensive nor binding. A lot of these guys will get some amount of playing time, but not all of them. And we might see some names that aren't listed here. It's going to be very interesting to watch it as it happens though, because if even half of these guys play for the Brewers, that's a lot.

Remember it's just a game. It's entertainment. Don't take the losses too hard. And if nothing else, just remember this is all part of a plan. That plan is what's really going to separate 2016's "bad" team from bad teams of the past. And so far that plan is off to a great start. If it pays off, we're looking at a highly competitive team a few years down the line that should have the kind of staying power we didn't see after the 2008 and 2011 seasons.