The Brewers' jersey choices point to a rebrand

Rebuilding teams tend to rebrand themselves when they get close to competing again. Considering the Brewers' jersey choices this season, are they planning their own rebrand?

Share All sharing options for: The Brewers' jersey choices point to a rebrand

If you've been watching the Brewers play this season, you may have noticed a trend popping up with their jersey usage. One jersey has been worn more than the others. In fact, it's been worn over 65% of the time. It's being worn so often despite the fact that it is technically considered an alternate look. The jersey I'm referring to here is the new blue "Milwaukee" jersey with the retro logo on the jersey, with a matching cap.

To start off, let's look at the different jerseys available for the Brewers this season.

White/Grey: These are the standard white/grey looks. White/Grey top & pants, cap with M logo, "Brewers" written in script on the front. 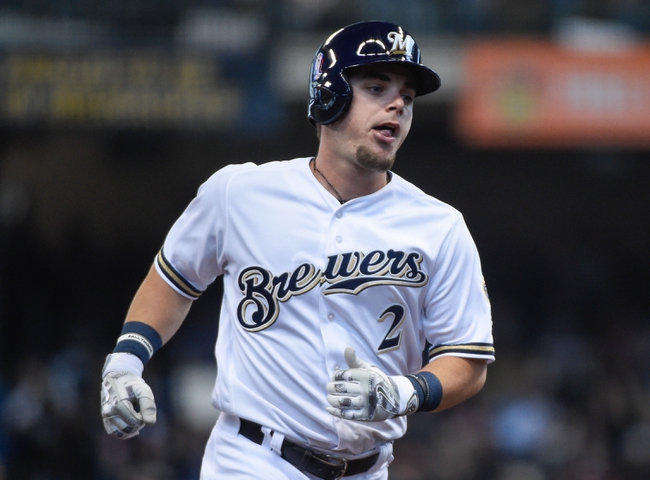 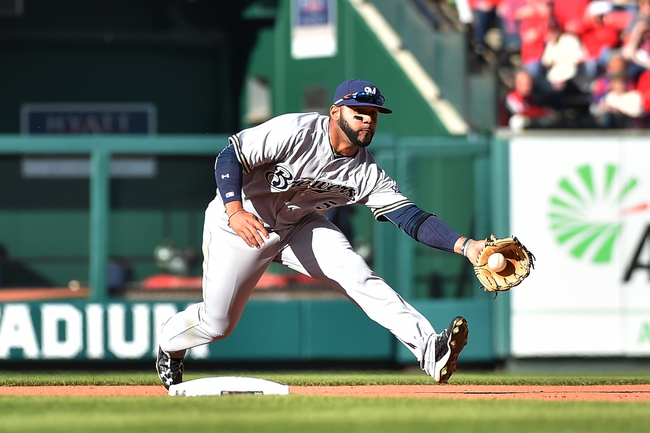 Retro: Mainly used for retro Fridays, these uniforms have pinstripes over a white jersey/pants with the retro logo and retro "Brewers" lettering. 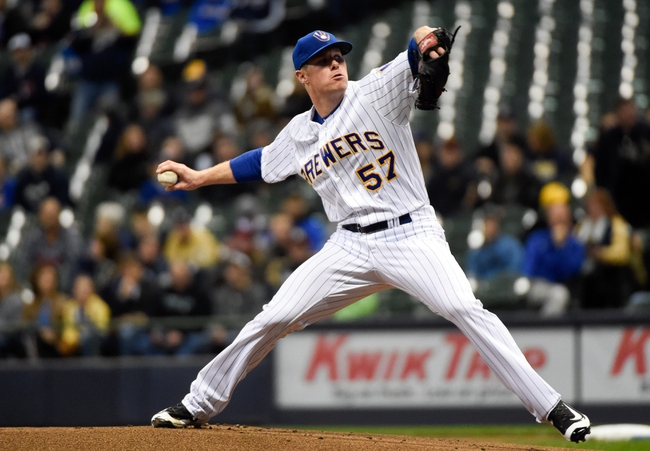 Blue Standard: This has been a standard for the Brewers for years, and arguably their primary choice when it comes to uniforms at home. It features a blue top with "Brewers" on chest and M logo on cap 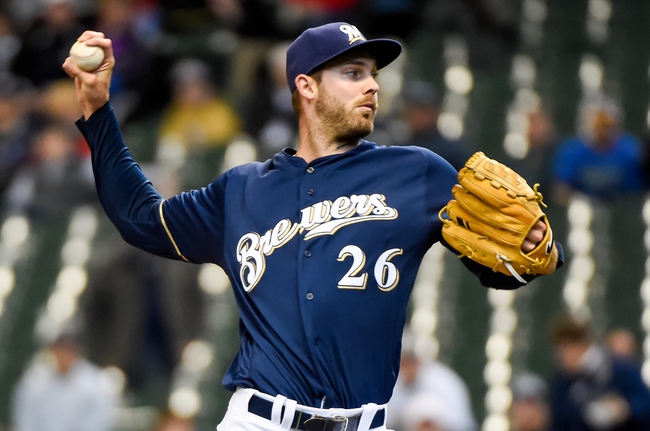 Blue Alternate: Announced before the season, these uniforms replaced other versions as the standard alternate. They have a blue top with "Milwaukee" on chest and ball/glove logo on cap/sleeve. They also feature a brighter yellow in the lettering and trim. 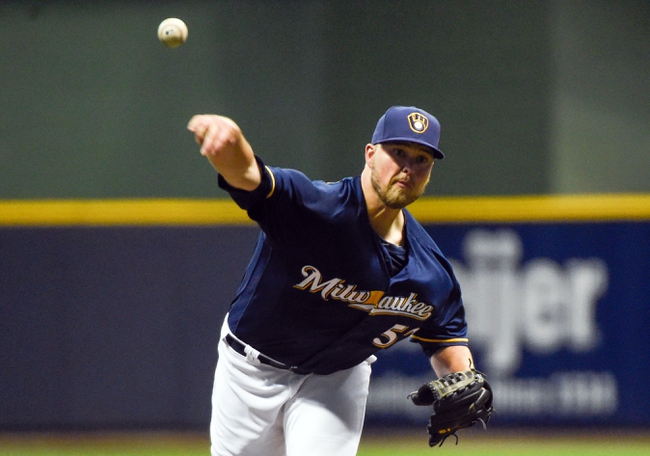 There will be a few other jerseys mixed in here as the season goes on, but these will mainly be one-time uses for special occasions.

Here's the data so far on their jersey choices:

So far this season, the blue alternate jersey has been used more often than all of the others combined. It has been used in 11 of their 16 games. That's 68.8% of games so far. If you remove the one retro entry from that list (since it's a retro Friday at Miller Park and there's no real "choice" on which jersey to wear), it's actually 11-for-15 and 73.3%.

That's a lot of usage for what is considered an "alternate" jersey. When it was first introduced in January, it was introduced as a jersey to wear on Sundays. Despite that, it's been used for the majority of games so far this season. If it's an alternate jersey, why is it being worn so much? It's something we didn't even see used for the gold jerseys when they were in circulation.

Here's my theory on why they are wearing that jersey the most: It's going to become their primary look. While it was brought in as an alternate during the offseason, it's going to be part of a plan to phase in the new design. This season, they are referring to it as an alternate, but wearing it enough so people adjust to the look. In addition, this allows Brewers management to get feedback from fans and adjust based on what they hear. Within a year or two, the Brewers will rebrand, like many rebuilding teams do when they are getting close to competing again.

Of course, this also brings up another question: How far would a Brewers rebrand go? Will it just be what we see on the field right now? Do they have bigger plans in mind? There's options for what the team could decide to do, and they go beyond the new cap and jersey. Here are a few of them:

Make the ball/glove logo the primary one and relegate the M to alternate status/out of the rotation: This is one of the simpler options. It's just a logo swap, no other uniform changes, lettering changes, or other changes. This may also include an official change of the color scheme, keeping the blue but making the new gold shade the official one. This would be similar to what the Indians did recently, where they swapped logos, making the "C" their primary logo and relegating the Chief Wahoo logo to alternate status. They made no other changes beyond swapping the logs.

Bring back the retro look completely, with a few modern updates: There are many fans who would not be upset about this at all. They love the retro look and think it's the only good look out there. As an example, back in 2012, the Blue Jays decided to update their look and bring back their retro look. They brought back the retro logo, retro colors, everything retro. However, they still tweaked it all, with slightly different lettering and a darker blue. It turned out to be one of the better rebrands out there.

Go in a completely different direction: This is the option that has the most potential, but also the most terror. The Brewers could choose to just eliminate the old look altogether and go with something completely different. Everything would be open here, and we would have no idea what the new look would be until it is released. If you want an example of how this can have a negative perception, look at the Diamondbacks new design. It has not been taken well by the public. That also might help explain why many people like the Brewers retro look. It's a much safer look, so it's harder to mess up.

If the Brewers are going to do an update, I'd like to see it between the first two options. I do like the new blue alternate jersey, but I'd like it to be with the Brewers script lettering and not the Milwaukee lettering. The Milwaukee lettering can stay in the rotation, just as an alternate. I wouldn't mind going to the retro lettering, but somehow give it a modern update. I'd also like to see the blue tops remain standard. No offense to the full white/grey looks, but sometimes that has the appearance of playing in pajamas.

The one thing I don't want to see happen is the Brewers going full retro for the new jersey style. As much as people love the retro jerseys, I think that going full retro sends the wrong message to a fan base. It says that the only good thing about the franchise is in the past, and keeps a focus on the past and not the future. There's nothing wrong with honoring the past, but it shouldn't be "just the past".

The usage of the new alternate jersey is noticeable. Wearing the new design so much makes it feel like the Brewers are advertising this new design. They haven't said anything officially about their jersey usage though, and I don't expect them to during the season. Of course, all of this is just speculation right now. Will they rebrand in the near future? We'll have to wait and see.