During the so-called "Dark Ages" from 1993-2004, the Brewers experienced 12 straight losing seasons. Who was your favorite player from that era, and why? 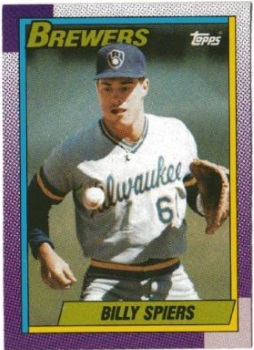 One of the reasons why baseball is an eternal topic of conversation is because while it is a shared event, it is also an individual experience. Each of us enjoys baseball from a different angle. Most of us have read or remembered the 'Dark Age' of Brewer history, between the Harry Dalton years when the Brewers slugged their way to the World Series, and the resurgence of the Miller Park Era. But we all have our own separate memories and stories that make up the Brewer fan mosaic.

For me, this time period represented the gap between the end of my college years and getting married and starting a family. I moved between cities in the Great Lakes area plying my tech skills in a number of enterprises. I had about four banker boxes of personal items and a duffel of clothes, and a series of temporary personal and professional relationships. The one constant was the saga of the Brewers, playing out somewhat miserably in the background.

One of these jobs I had was working as a 'file converter', processing old DisplayWriter documents from 8" floppy drives. I was young, so I got the third shift. I kept batches running overnight, and my only company were the two fellas running the night processing in the server room and the night janitor. The server room guys were pretty dry and the AC made it loud in there. It was a bad place to hang out and have a conversation while I waited for dusty word processing documents to convert, but the night janitor turned out to be a big Brewer fan.

He was an older guy who spent his years at my age during the time when Milwaukee didn't have a team, and he'd seen them grow from a band of Seattle cast-offs to nearly World Champions, and back down again. We had a lot of disagreements while I was there about the value of players, and he'd get slippery on arguments about traditional player value and just shake his head and talk about 'what he saw' and what 'guys he knew were saying'. I suspected he hung out at bars that had the right people in them, because he was ending up with a lot of information that didn't show up in the papers. I'd have things pretty well worked out and he'd just smile at me with that mouth half full of teeth and say "we'll see."

One night when I was almost dozing off during a batch he came strolling in smiling and said there was a guy "I need to keep an eye on." I hadn't seem him that excited about a player before. "This Billy Spiers kid, he's something." Well, immediately I was skeptical. I figured Dale Sveum was going to be back at SS after his leg healed (he collided with Darryl Hamilton the fall before and broke his leg), and Jim Gantner was alive so there's no way he'd get playing time at 2B.

"Just watch him." Well, I did. I watched him play excellent defense and play with a lot of grit, even if his bat wasn't great. He never really captured the potential that my friend thought he had, but he was an every day warrior until he eventually lost his starting job in '92 to rookie of the year Pat Listach, and turned into a utility player. I had long since moved to Madison, Minneapolis, and then Columbus, but I followed the box scores. Eventually he was dropped by the Brewers and picked up by the Mets in '94, and the Astros for the rest of his career.

We all have our favorite parts of the game, and for me seeing a guy play his guts out - win or lose - is my favorite thing. Spiers was kind of big for a light-hitting middle infielder, but he moved quick and had a good glove and a strong arm. He was one of the last generation of guys who could hold down a spot up the middle with just solid defense. Seeing Arcia show up and play last fall was refreshing, he reminds me somewhat of Spiers, he's a guy who's a professional fielder first, and will hit later, if we're lucky.

These days? Spiers isn't in baseball at all - he's a football coach at Clemson U, where he was a punter during his college days. He still reminds me that success in baseball is ultimately less about talent and more about determination, and if he had a little more of the former the Dark Ages might have been a little brighter. 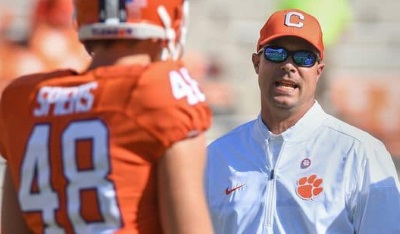